Is the Harvey Norman short finally paying off?

Some of the most compelling financial reading is that on short selling. Michael Lewis’ aptly titled The Big Short, which documents the conviction-driven investors betting against the housing market, is a great example (the book is better than the movie). We like heroes, but the anti-heroes Lewis tracks are endearing because of their flaws. We can see a bit of them in ourselves.

When someone sticks their neck out and says “this company is overvalued,” it garners attention – good and bad. Stock prices rise and fall with the market, but a public break from the herd takes guts. The reasons given usually involve alleged fraud (Herbalife), opaque accounting (Signet), or a claim of an imminent tectonic shift (US government shutdown), in which an investor might short a US small cap ETF.

“Shorting” is a bet that a particular security will decline in value.

It can be used for speculative reasons, or for day-to-day portfolio hedging. Technically speaking, an investor borrows the shares he wishes to short from a broker or a financial institution. Eventually, the “loan” comes due and the investor must buy back the shares. He profits if the price declines, but loses money if the price increases.

One, it’s expensive. Investors are charged interest on the shares they’ve borrowed. Plus, they’re on the hook for any dividends paid while the short is held. Remember, someone else actually owns these shares. Two, the company’s stock price may go up. The investor who’s short must pay the difference between their entry and exit price. Since a stock’s price is technically infinity, things can go really bad really quickly (e.g. a takeover). 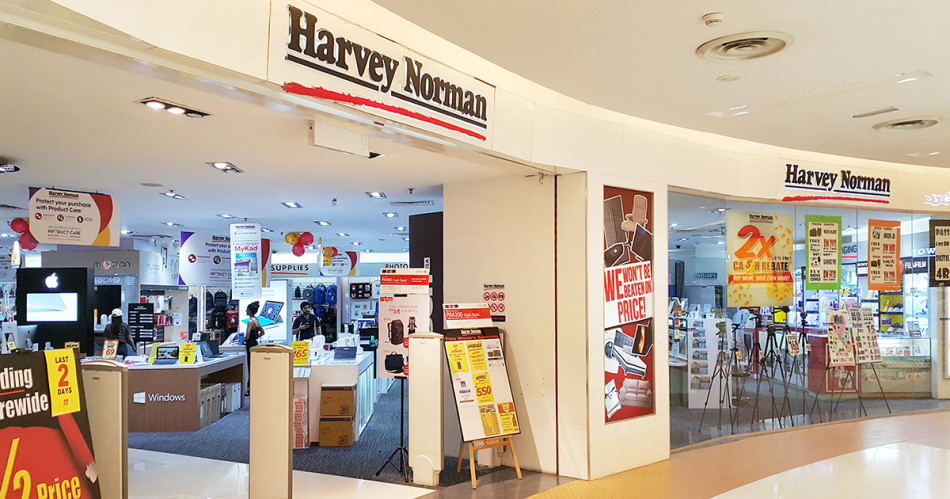 Gloomy proclamations stand out. One I’ve tracked is the short thesis for Australian retailer Harvey Norman (ASX: HVN), made in 2014 by Singapore-based analyst Sid Choraria.

Sid’s theory was Harvey Norman runs an outdated big box retail model that’s no match for Amazon, but with an added twist for certain doom. Their unusual franchise model (the individual product vendors inside the store) allows them to prop up their share price by treating their company like commercial property. They basically pay (and lend to) the franchisees who in turn pay them rent, which increases the value of their property assets, which allows Harvey Norman to borrow more. Sid wasn’t alone in his thinking. Since then a number of people have predicted Harvey Norman’s demise.

So how’d that short turn out? Let’s assume a $10,000 short on the date this was publicised.

If we sold out of our short position today we’d lose $3,054, which is the difference between the opening and current value of our HVN shares.

But factoring in dividends makes this short way worse. Harvey Norman paid out $3,678 in dividends during our holding period.

And we can’t forget the cost of borrowing the shares since I’m assuming a conviction play like this used a “naked” short in which the investor didn’t own any HVN stock to borrow against. Based on a well-known broker’s fee methodology, at 5% the interest owed works out to be $1,200.

Assuming a $10,000 investment, Harvey Norman returned over 27% on an annualised basis. Over half of this return was made up of dividend income. The ASX 200, by comparison, returned about 11% annualised, with 6% in dividends compared to Harvey Norman’s near 15%.

In reality, Sid’s fund would have wound down its short position well before today – after the next reporting period, for example. Or, and I have zero information to support this, Sid already had a short position and was trying to generate bad publicity to drive the stock lower.

Interestingly, the lowest Harvey Norman traded was $3.30, a mere four cents lower than this short’s entry price. The stock spent most of 2015 and 2016 trading well above $4. On a long-term basis this short has never worked. 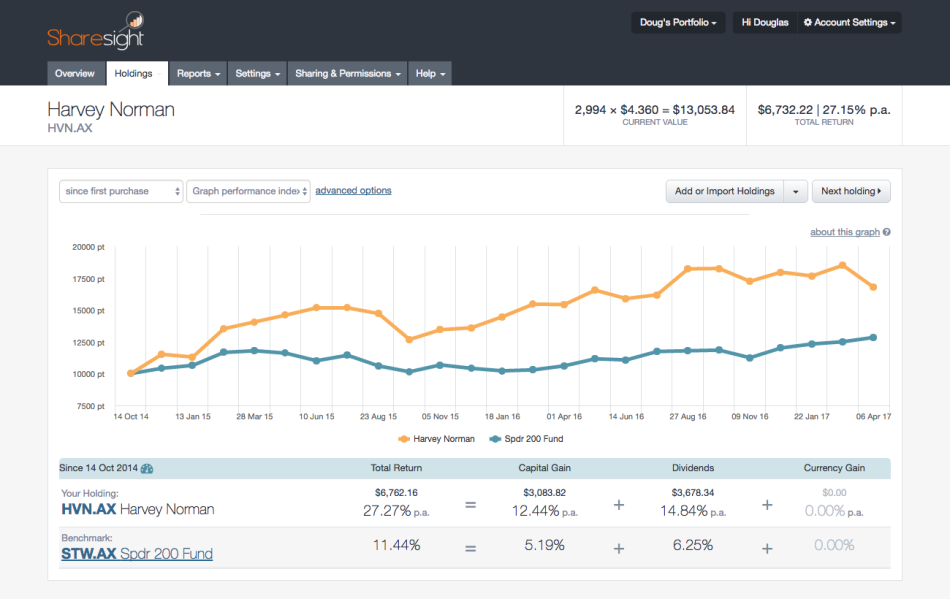 Despite loads of bad press, and public rebukes from its founder, the Harvey Norman stock has done well. Revenues were up 8% and 7% in 2015 and 2016 respectively.

Fast forward to 2017 and Harvey Norman is back in the news for loans made to its franchisees. The stock is down about 10% in the past month, although it just paid another juicy dividend of 14 cents per share. I’m sure some short sellers have done well and some value investors are piling in.