Last year we emailed Sharesight users asking them to nominate one stock (from select markets) they believed would be the top performer for the 2018 calendar year (January to December). We then constructed a Sharesight portfolio containing the nearly 100 stocks chosen, allocating $10,000 to each in the portfolio.

We’re approaching the third quarter point in our 2018 stock picking competition. So nine months in, which stocks are in the lead, and which have performed the worst in the competition? 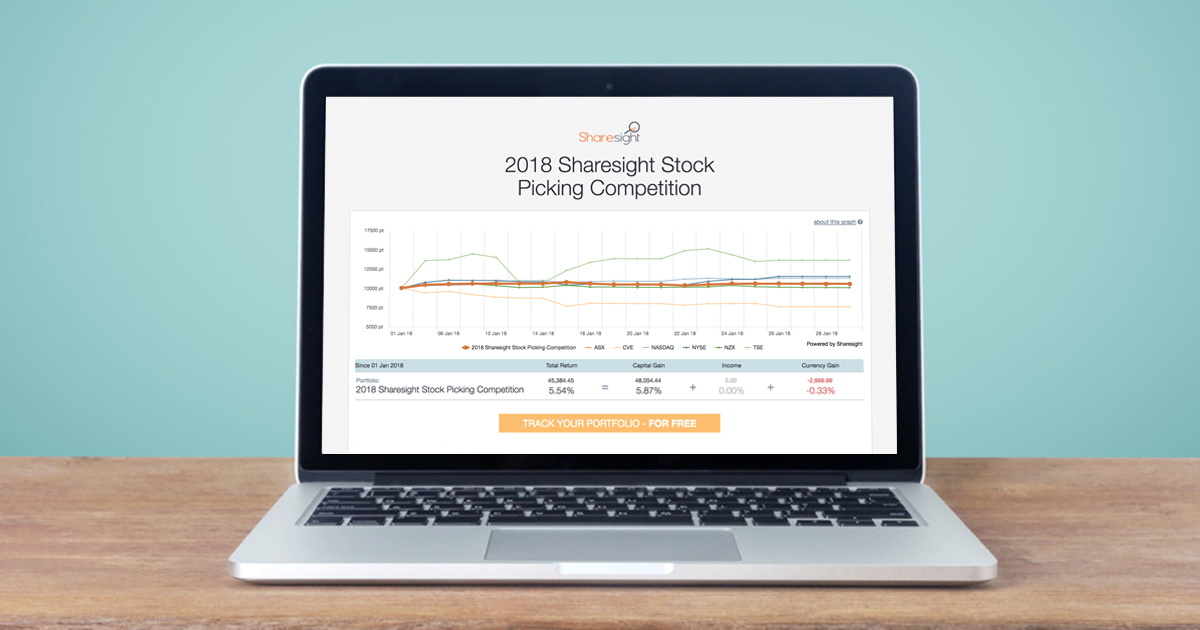 How is the overall portfolio performing?

As at September 25 when our snapshot was taken, the Sharesight stock picking competition portfolio was up 0.65% overall, rebounding from the -2.90% result recorded in the June snapshot. This contrasts with a 5.79% gain for the ASX200 (using the STW.AX Spdr 200 Fund ETF as a benchmark). As we noted previously, this suggests that individual growth stocks that might be potential winners in a stock picking competition may not be the best to build a portfolio around. 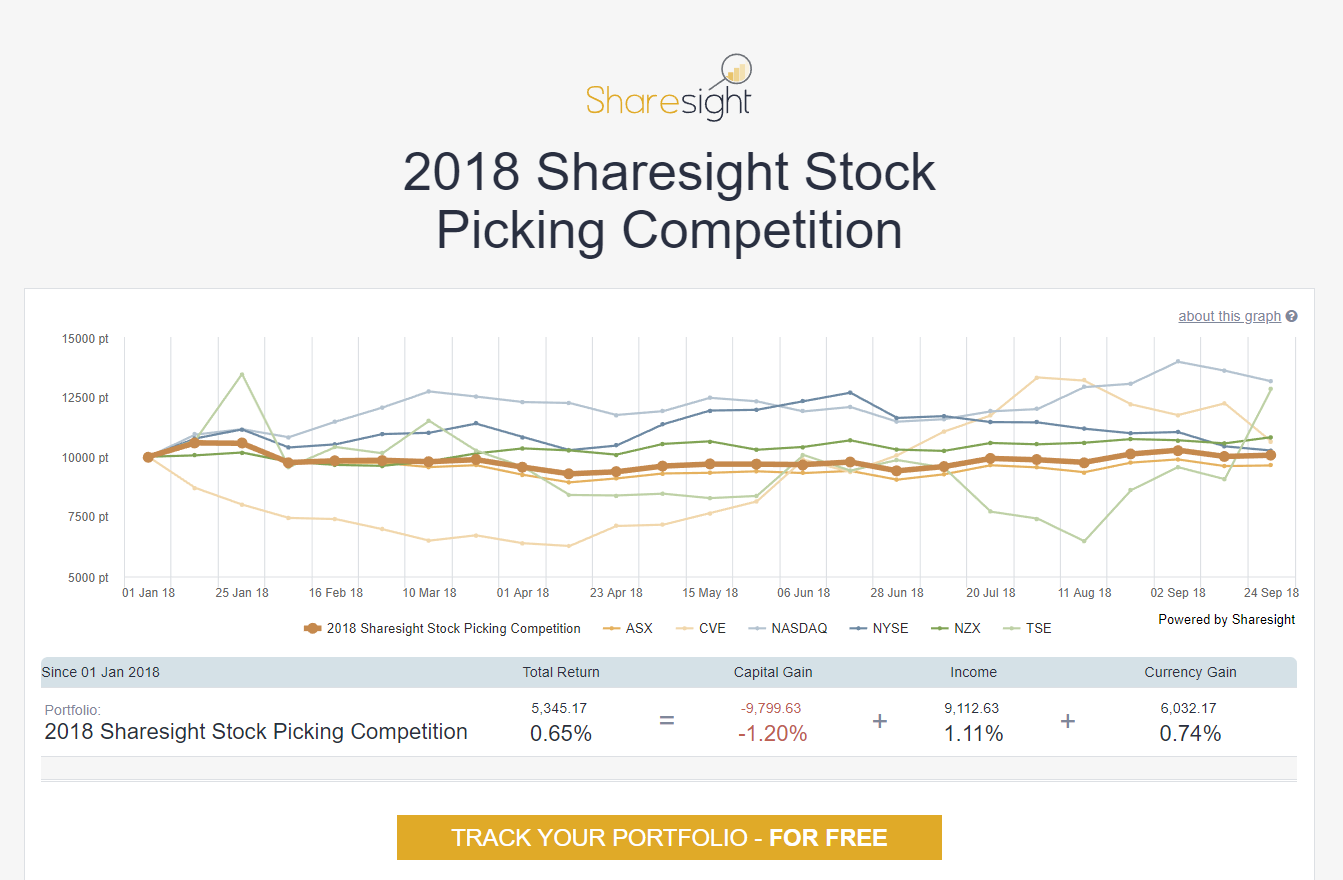 The international provider of high resolution aerial imagery has shown continued momentum, and has now returned 197.48% during the year, with the company breaking into the S&P ASX 300 index in August and seeing returns of 400% over the last 3 years.

Afterpay Touch held the top performer position for most of the quarter trading at all time highs above $20 during August, before sliding almost 25% in early September after Afterpay announced an expansion into the UK after acquiring 90% of existing operator ClearPay Finance and raising $104 million to fund growth. Afterpay shares have returned 171.86% year to date.

The company reached an agreement in May with Japan based Nissui (TYO:1332) over a $24.99 million equity investment in Seafarms Group that would assist in the development of Seafarms’ Project Sea Dragon plans to build a large scale prawn aquaculture project in northern Australia to produce prawns for export markets. The first major piece of the project was announced in June, with the acquisition of a 52ha site in Kununurra to build the processing plant for the project. This sent shares higher -- now 109.68% up for the year.

The Australian based stem cell therapy company announced it has “met all clinical endpoints” on its stage 1 trial of drug CYP-001 and is looking to stage 2 trials and has Japanese rivals scrambling to catch up. Cynata’s shares have slid slightly compared to their June position, and are now up 109.68% for the year to date.

This Australian based PCB design software company has continued to surge higher throughout 2018. Following the theme of tech stocks on the ASX performing well in 2018, Altium continued to surge in the third quarter up from its 79.53% return in June to 94.88% in September.

After being the target of short seller Glaucus back in April, Blue Sky’s share price has not recovered since taking out the worst performer crown in our June update, with a total return of -89.27% and only improving marginally since to a -89.13% return in September.

After buying a ‘strategic equity position’ in blockchain company Brontech in December 2017 (and pushing shares up 42% at the time), the stock fell considerably through to June, and has now settled around a total return of -86.43% year to date.

Formerly TopBetta Holdings, The Newcastle-based Australian online bookmaker changed its name during the quarter after selling its ‘TopBetta’ and ‘Mad Bookie’ retail brands to PlayUp Limited for $6 million. The company also placed an additional $3 million of shares to raise funds and acquire Global Betting Services and Dynamic Odds in August. Markets have not reacted kindly to the news during this quarter, pushing returns down further to -83.00% year to date.

After Retail Food Group’s horror performance in 2017, the fortunes of the company have not improved materially in 2018. The company announced a $306.7 million loss after recording $427 million in asset impairments and costs from closing almost 250 stores during the year. On top of the RFG’s managing director Andrew Nell stepping aside in May and Richard Hinson being appointed CEO, RFG’s chairman Colin Archer announced his retirement with immediate effect this week. RFG is down 79.96% in 2018.

We’ve made the 2018 Sharesight stock picking competition portfolio public for anyone to view, removing the need to be logged-in to Sharesight to follow your stock’s performance against all other entries throughout the competition.

Even if you don’t have a stock pick, this is an excellent way to follow the Sharesight competition. Bookmark the 2018 Sharesight stock picking competition public portfolio to check back at any time.