5 trends that shaped retail investing in 2020 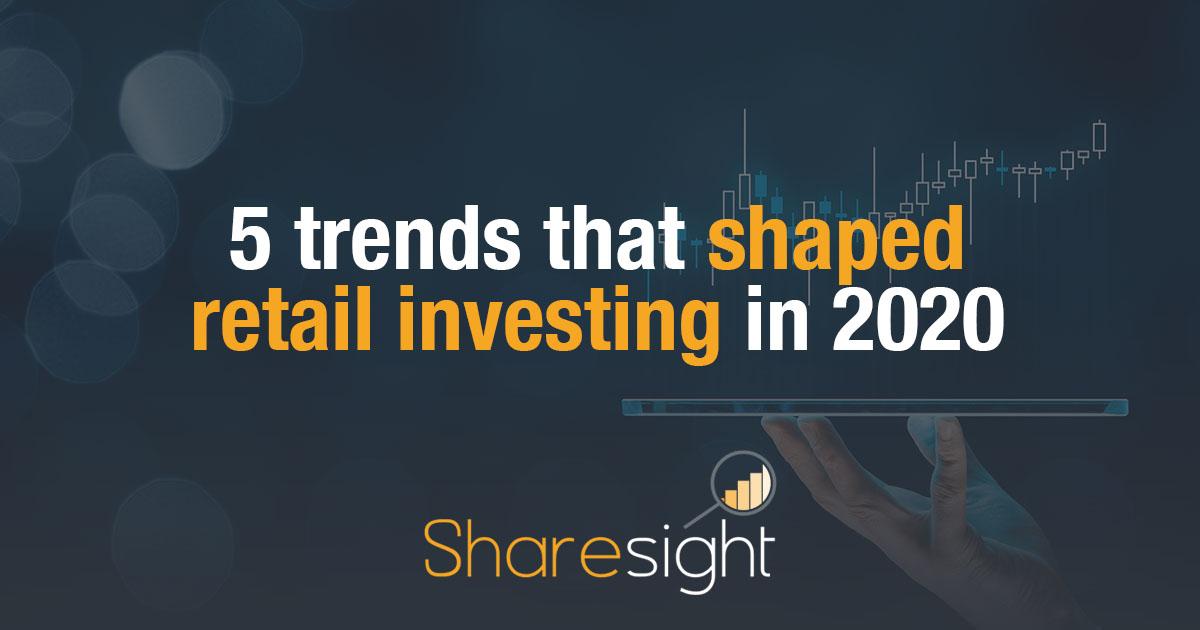 A record number of new investors poured money into the markets after the bottom in March 2020. Robinhooders - a term that was loosely meant to tie up all newbie retail investors. While many apparently propped up bankrupt companies, our own data at Sharesight featured in the Australian Financial Review suggested they were just picking up sensible blue chips and ETFs.

From the time lockdowns began, there were companies for whom work and professional life continued as usual, uninterrupted, but online. Zoom calls were ubiquitous, forcing Google to improve its hangouts product, Slack changed its headline to "Your New HQ", and Microsoft teams took off a meeting platform. But, the "Cloud" had truly arrived. Of course, those older companies had to school themselves on the cloud, pretty quickly. An ETF that tracks all Cloud-based SaaS businesses is up 85.50% in this calendar year. A hypothetical $10,000 investment in the ETF would be worth $18,607 as of writing this article. 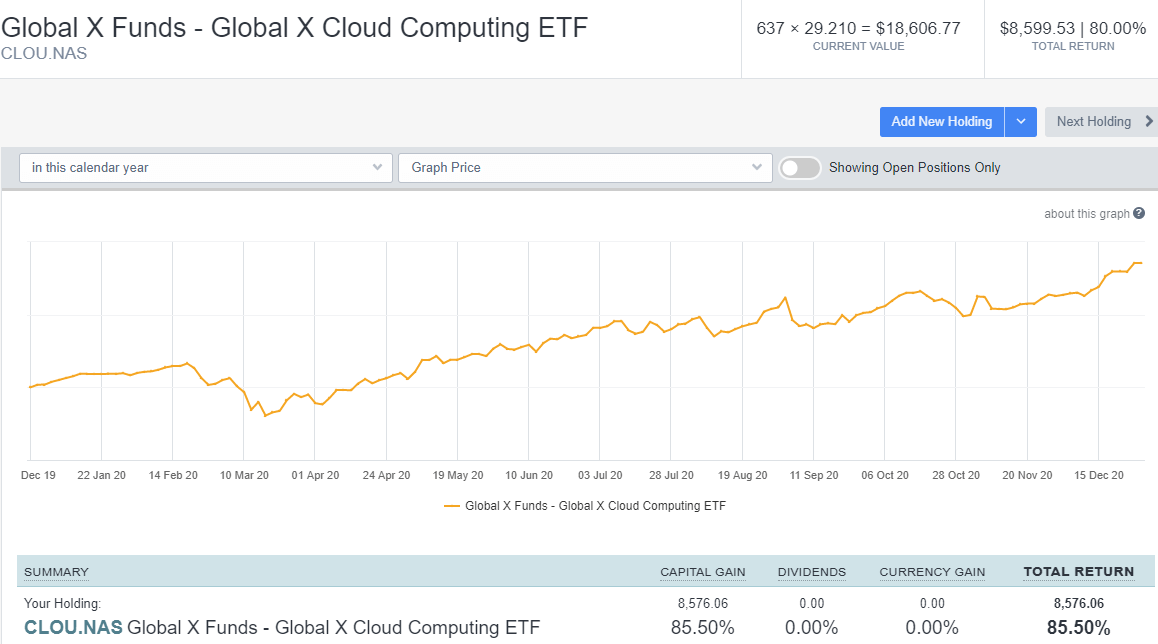 If I'd mentioned the word SPAC last year, most of you would've stared blankly at me. But now, we have so many examples of SPACs and SPAC celebrities such as Bill Ackman. Many retail investors have participated in SPACs themselves. EV technologies, in particular, have been beneficiaries of this method of capital raising.

To read more about SPACs, here's a good explainer. I visualised the performance of a popular SPAC, Virgin Galactic below. A hypothetical $10,000 investment in Virgin Galactic on 1 Jan 2020, would be worth $22,000 at the time of writing this article.

That brother-in-law who says he trades in Bitcoins and is worth a lot of wealth is back. After reaching some troughs in the past years, Cryptocurrencies are back as a genuine alternate asset class. Bitcoin gained 220% in the calendar year 2020. 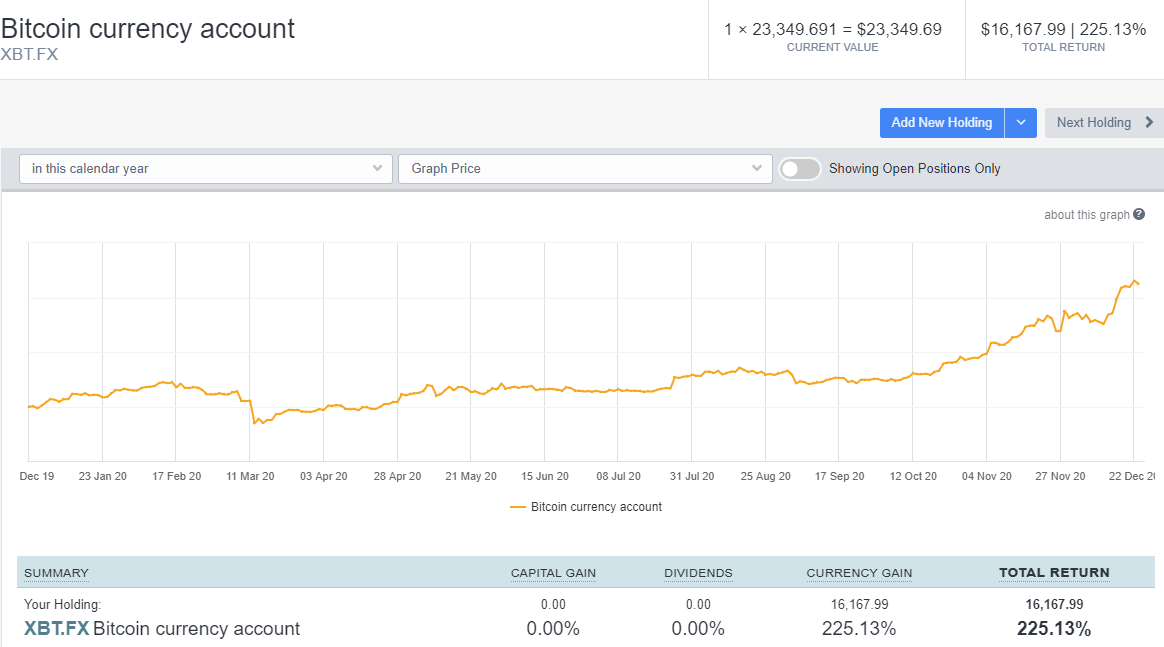 5. Tech stocks had a rocking year

This doesn't need any particular charts to visualise. Technology became more ubiquitous than ever before in the year. Applications of technology - like in Telemedicine, work from home technologies, eCommerce, food delivery apps, streaming services such as Netflix and Disney - the list could go on. This was the acceleration of the acceleration. Telemedicine, for example, accelerated a good 5-10 years in 2020, and is hopefully here to stay.

What trends will shape retail investing in 2021?

As retail investors, there's never been a more important time in history to be aware of the macro trends shaping our world. The only certainty is uncertainty as we navigate another year.

Staying on top of your investments and keeping a good set of records with a platform like Sharesight are key to navigating these trends to become a better investor in 2021.