Disclaimer: Sharesight does not provide tax or investment advice. The buying of shares can be complex and varies by individual. Seek tax and investment advice specific to your situation before acting on any information in this article.

Baubre (pronounced Barbra) is a Chartered Accountant based in Wellington NZ. She’s a Sharesight user and recently published a personal finance book entitled Stop Worrying About Money: A simple guide to creating a financially sustainable future for you and your family. I recently sat down with Baubre to learn more about her, and her book. The following is an edited version of our conversation.

Tell me a bit about yourself and your background as an accountant.

When I was sixteen, in my second last year of school, my mum encouraged me to get a job in civil service. Two weeks in, my boss asked me if I’d considered going to uni and doing an accounting degree. I told him I hadn’t, but he encouraged me to do it. Next thing I knew, I was enrolled in uni and doing an accounting degree and it was probably one of the best things that ever happened to me. So as a side note, I’m really quite keen on adults talking to young people and mentoring young people and encouraging them to try things. 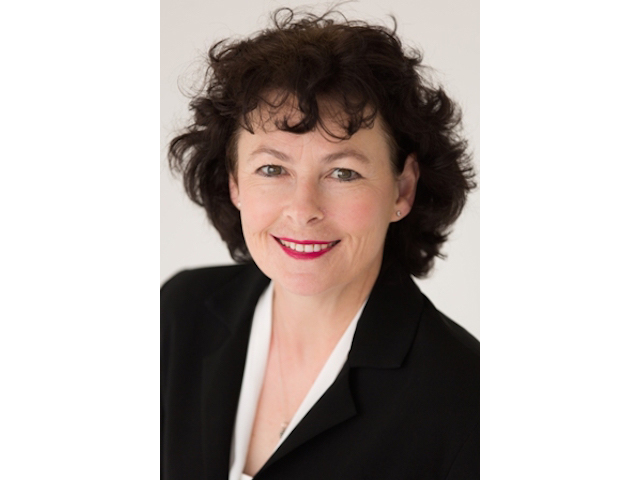 The other really good thing about it is that you can take it anywhere in the world because it’s a globally recognised qualification. It also meant that I could work from home when my kids were little. I worked in the public sector, I did consulting in the private and public sector, I did audit as well as business process reengineering work, and then I set up my own practice doing tax advisory. I was able to do all that from home, and then opened an office downtown. So I was able to do quite a wide range of stuff within the general CA field, to the point where I sold my practice when I retired.

Growing up, did your family talk about money?

Well, my father died of a heart attack when I was three and a half and left my mother basically alone with three little kids. They were Irish immigrants and had only been in New Zealand for six years. My mother is very good financially and can run off the smell of an oily rag. She was fine as she could do accounting and had worked on early computers for BOAC (precursor to British Airways).

While we were fine from a money perspective, what it did for me was instill the need for financial independence. But beyond that, we never talked about money or things like mortgages, or how much people earned, or how you go about making money. In fact it was almost a dirty word, even when I became an accountant, there were questions about whether I wanted to be doing that sort of thing. So money was not something that was talked about and it’s something I had to figure out for myself.

I suppose people’s disdain for money is because they associate it with money grubbing or greed. But I like to turn that around. Money allows you to be financially independent, and gives you choices on how you spend your money -- and more importantly, how you spend your time. And when you have money, you can spend it the way you want, including donating it, or even just making the choice to not work anymore so you can free up your job for someone else who really needs it.

How did talking about money change when you had children of your own?

I realised that we should be talking about this sort of stuff all the time. Because I ran a business from home, I’d often be talking about things just in general terms around the dinner table. But my husband and I also talked about the investments we’d made, including a forestry block, rental properties, and shares.

Do you remember the first stock you ever bought?

I do! It was called Robert Jones Investments Limited (NZX: RJO -- now delisted). He was a big property developer here in New Zealand. I believe I was 17 or 18 years old at the time.

What advice do you have for someone who is looking to get into investing for the first time?

It’s the old Nike saying: just do it! Start small, and diversify. Stick to things you know and understand. Invest in businesses that make sense to you and that you think will have a future.

I gave an example in my book of a woman who loves Glassons (NZX: HLG), the women’s clothing retailer. She loves the store and the clothing, and she can see first-hand how busy it always is, so she bought shares. In my case, I’m an accountant and I bought shares in Xero (ASX: XRO) early on as I could see the future of a company like that.

I don’t think you need to get too technical into the value of shares, the price to earnings ratios, and all that sorts of stuff. If you do dollar cost averaging, buying different shares, some high and some low, and you hold for a long time, then I think you’ll do fine.

What are the differences you’ve noticed between men and women when it comes to investing?

It’s a gross generalisation but I think it would be fair to say that men are more confident overall. That goes for job interviews, sports, and money. Women on the other hand tend to be far more conservative.

I don’t like that women often defer to men when it comes to investing, especially since they make so many other money-related decisions. Women are usually the ones who manage the household budget and make purchasing decisions such as food, furnishings, cars, and holidays. So they’re much better and comfortable with money than they perceive themselves to be.

This is a topic that I’ve covered on my website. One of the articles is about women and money, with practical tips on how women can put themselves in the best financial situation. And I recently followed that article with another one specifically for single people entitled independent people and money.

Can you tell me about the book you recently published?

The book is called Stop Worrying About Money: A simple guide to creating a financially sustainable future for you and your family. The way it all started was that when my clients found out I was going to retire, a number of them asked me to document the money advice I had been giving them over the years. I initially thought there were enough books on the market about that, and that the world didn’t need another one. But then I realised that there was a big gap between where a lot of those books start, and where most people are actually at. 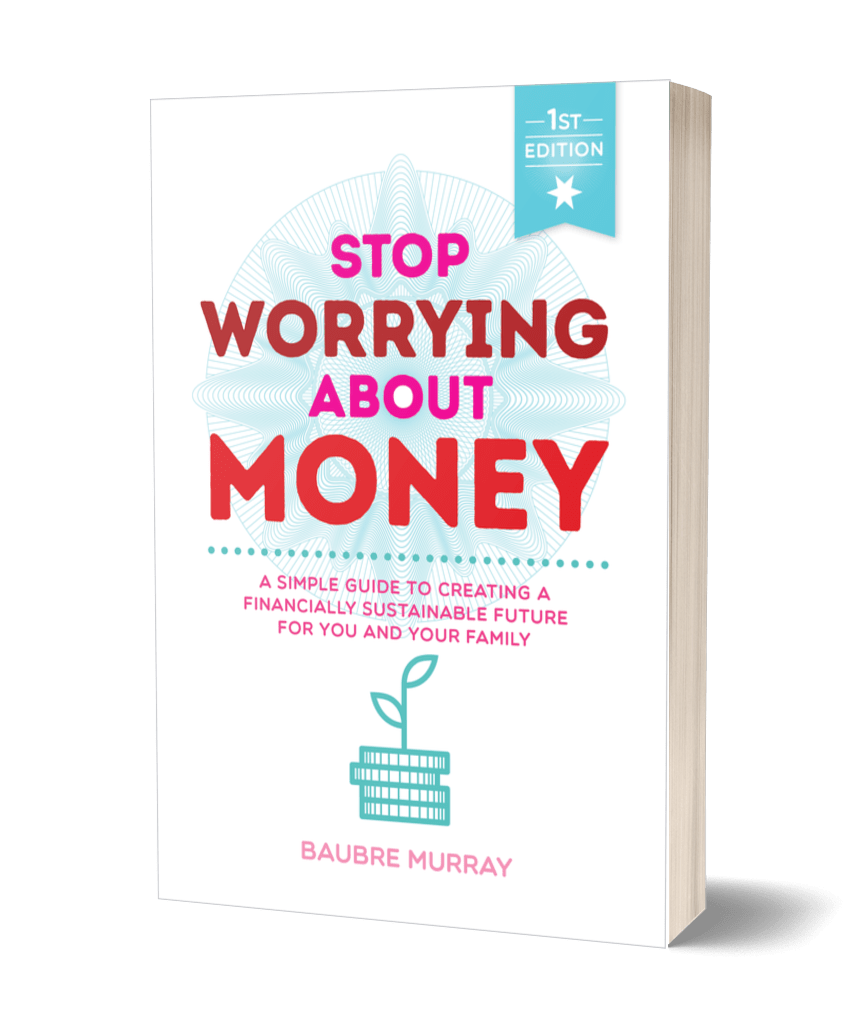 So I sat down and put some notes together over about three weeks last year, and then spent a few more months off and on revising it and ensuring all the numbers were up-to-date as of publishing. I made the book New Zealand specific because it was very important for me for readers to have real-life examples that related to where they live.

The first part of the book is about the things you need to know to get started and motivated to actually do something. There are sixteen fundamental steps, like getting a job, starting KiwiSaver, buying a house, things like that. Essentially if you’re young, you can start by putting 10% of your salary in KiwiSaver, and stop right there if you want, and you’ll be fine.

The second part of the book is for if you’re ready to take more control over your financial situation by understanding your financial personality, approach to money, and risk profile. It covers what I call the “financial triangle”: buying your own business, buying investment properties, and share investing. It also covers tax implications and structures such as family trusts.

The book includes an “ages and stages” section, which outlines the habits of financially responsible people and what you might want to focus on at age 0-20, 20-40, 40-60, and 60-80. It also includes a section on children and money. And there’s also a reading list at the end of the book.

The book is available from Unity Books in Wellington and Auckland, Paper Plus, and my website. It’s also available electronically via Amazon Kindle.

Finally, how has Sharesight made you a better investor?

Sharesight has made it easier to keep track of our investments and gather tax details at year end. It’s a clear monitoring tool that just makes investing a whole lot easier!

I should mention that I’m not only a Sharesight user, I’m also a Sharesight shareholder. But I recommend it in my book because I believe it’s a very helpful tool for investors.


A big thank you to Baubre for sharing her story. If you’d like to share your story with other Sharesight users, please get in touch by emailing marketing(at)sharesight.com.