My Summer of Code

Hello there, my name is James Sullivan and I’m the newest addition to the Sharesight team. Since November, the team has hosted me as the Wellington Summer of Code intern.

Last year I was a fourth year Software Engineering student studying a Bachelor of Information Technology at Victoria University of Wellington. My commercial software development experience came from being the Summer of Code intern at Xero during the summer of 2008/2009. The experiences learnt there and in previous jobs helped in quickly becoming a productive member of the Sharesight team. Most of my development experience had been more desktop oriented software with Java and C#/.NET, so being dropped into the world of Ruby and Ruby on Rails was quite a bit of an eye opener and I had to quickly get an understanding of how to use it appropriately.

The Wellington Summer of Code is an internship program started by John Clegg to match ICT students around Wellington with ICT companies around Wellington. This year was the fourth year it has been run and it has grown to well over a hundred students vying for positions at over twenty companies from small startups to large corporate and government organisations. Each internship is around twelve weeks of full time work covering various aspects of ICT.

At Sharesight, I worked on the development of a few new features that will make life easier and less stressful for the Sharesight customers. Here’s an overview of what I worked on and some of the experiences I had while in the middle of it all. 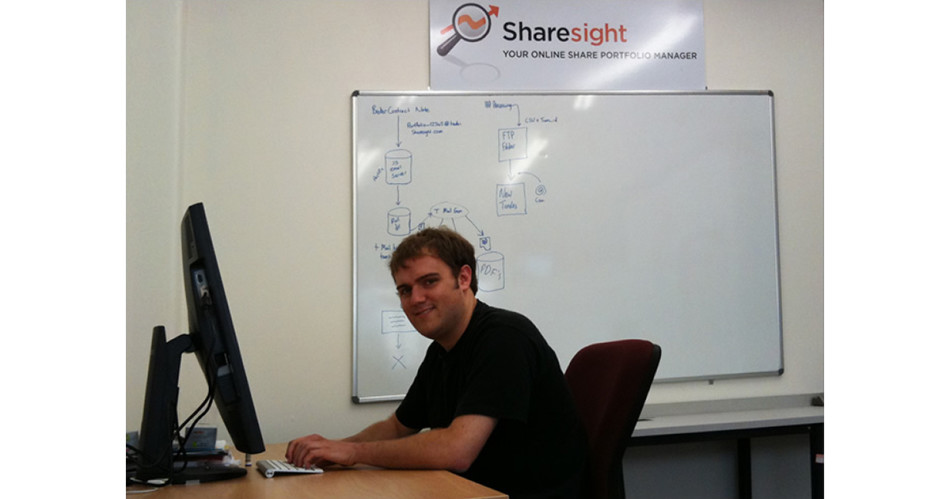 The Trade Confirmation Emails Importer is a new feature of Sharesight that will eliminate the need to record new shares as you buy and sell. This feature works by taking the Trade Confirmation Emails / PDF contract notes that you receive from your broker once a trade is completed, and automatically extracts the relevant trade data and records it into your Sharesight portfolio. Development of this feature was really interesting as we had to work with processes that already existed, while keeping any extra steps as close to zero as possible. The process of this development also exposed me to a somewhat different way of doing things than I had experienced in the past.

Some of the interesting problems encountered included finding and creating a way to give as much feedback as possible to the customer should something not work during the processing of the Trade Confirmation Emails. For example, if the processing failed due to the contract note selling more shares then we knew were owned, then we could tell the customer exactly why the processing failed. On the other end, the processing may have failed for a reason that could not be easily defined so we would have to send a much broader email with several things to check. We also had to build it in a way that new messages could easily and quickly be added in the future.

The Trade Confirmation Emails import function is currently undergoing the final stage of user testing and is available to members of the Sharesight Beta Group.

One of the things that we have had many customer requests for at Sharesight is the ability to export all the trades that a customer has entered. The second project I worked on helps solve this issue, giving each customer the ability to export their data from Sharesight should they feel they need to. This was an interesting project that required me to look at the problem from the customer’s perspective. This meant going through each step while thinking of the ways a customer would look at the information, links, buttons, etc. and build the report in a way that would be clear, easy and quick to use.

During the development of the trades report, we researched the import/export formats of other related systems to ensure that the format we used in the trades report was broadly compatible with other similar systems.

This morning we made the Trades report available to all Sharesight customers.

The internship has been an interesting and good learning experience. I have learnt a lot about the development of good, solid web based software solutions. You may even see another blog post from me in the future, as I have been taken on as a full time developer for Sharesight.