Welcome to the August 2018 edition of the Sharesight20 monthly trading snapshot (click here for last month’s Sharesight20), where we look at the top 20 trades on both the ASX and NZX markets among Sharesight users during the current month, and dig a little deeper into the news behind these movements. 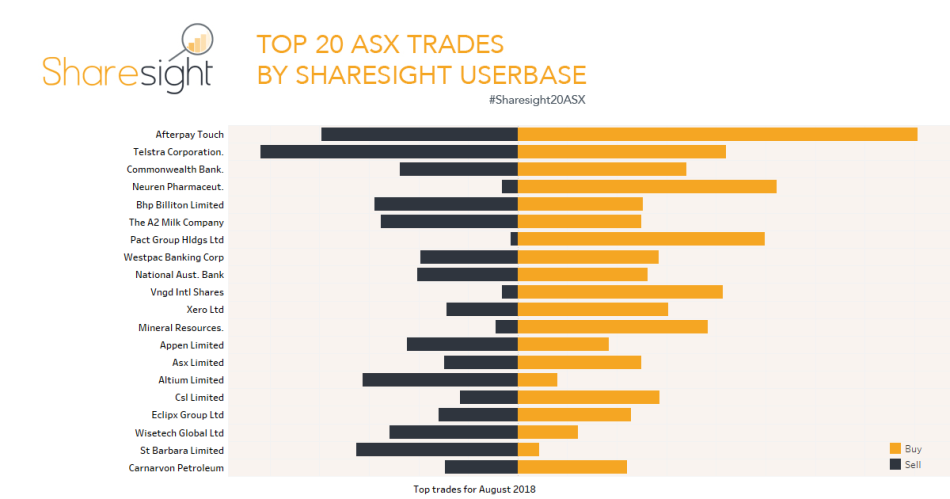 Afterpay Touch (ASX: APT) put in a strong month after reporting strong growth figures to claim top spot in August, Telstra (ASX: TLS) was the most heavily sold down share in second overall. We also saw all but 1 (ASX: VGS) of the 4 ETFs that made it into July’s Sharesight20ASX slide out of this snapshot. Some of the other highlights include: 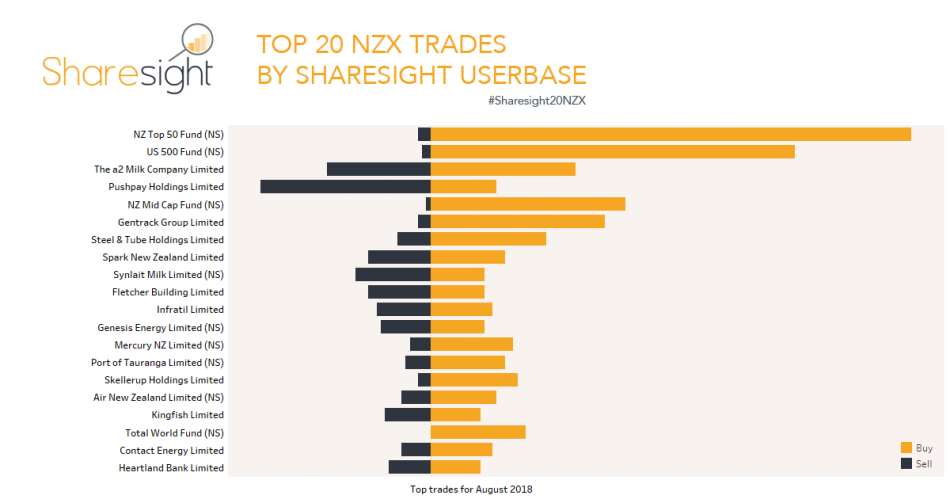 Want the weekly Sharesight20 ASX and NZX weekly trading snapshots every Monday? Join the Sharesight community now and follow the NZX and ASX Sharesight20 threads to make sure you don’t miss out on a weekly snapshot.

With over $10B AUD worth of investments actively tracked, it’s time you sign up to Sharesight and start tracking the true performance of your investments today!