Sharesight handles the vast majority of corporate actions – such as dividends and share splits – automatically. But when two companies merge into one (commonly known as a takeover or merger) it can mean a bit of manual portfolio admin for investors. To help alleviate that pain, we’re excited to introduce the Merge Holding feature: 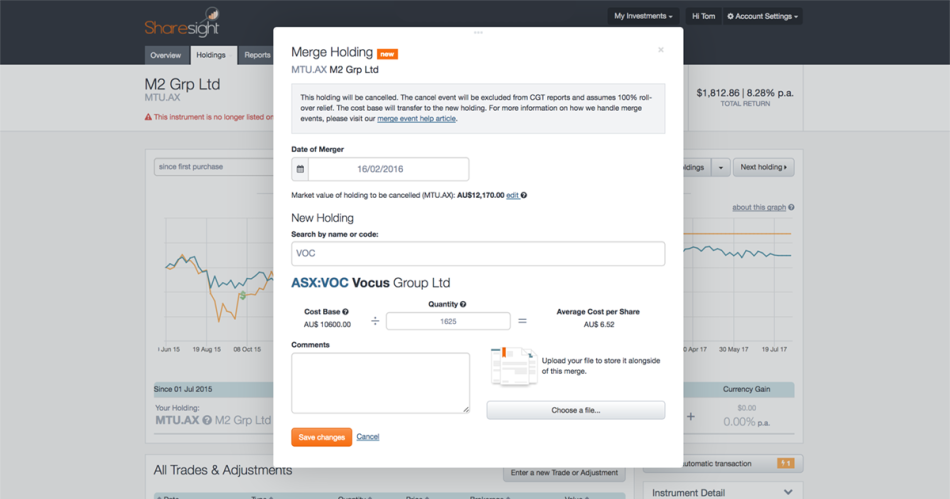 What is the Merge Holding feature and when should I use it?

The Merge Holding feature is designed to record a company merger in the situation where you hold shares in a listed company that is wholly acquired by another listed company.

This feature is a simple pop-up that allows you to quickly and accurately record company mergers that are otherwise complicated to handle.

Previously, investors were forced to choose between whether they wanted to preserve their performance history, or make adjustments to accurately reflect the tax situation created by a merger. This feature solves for both. The result is accurate accounting for mergers in terms of your tax liability, and means no interruption in your performance history.

To learn more about the Merge Holding feature, including how to use it within your Sharesight portfolio, visit our help page on Mergers.