How to calculate franking credits on your portfolio

When introduced in Australia 1987, the original intent of the dividend imputation regime was to stop the double taxation of company dividends. Australia was the first country in the world to introduce this double taxation avoidance regime. 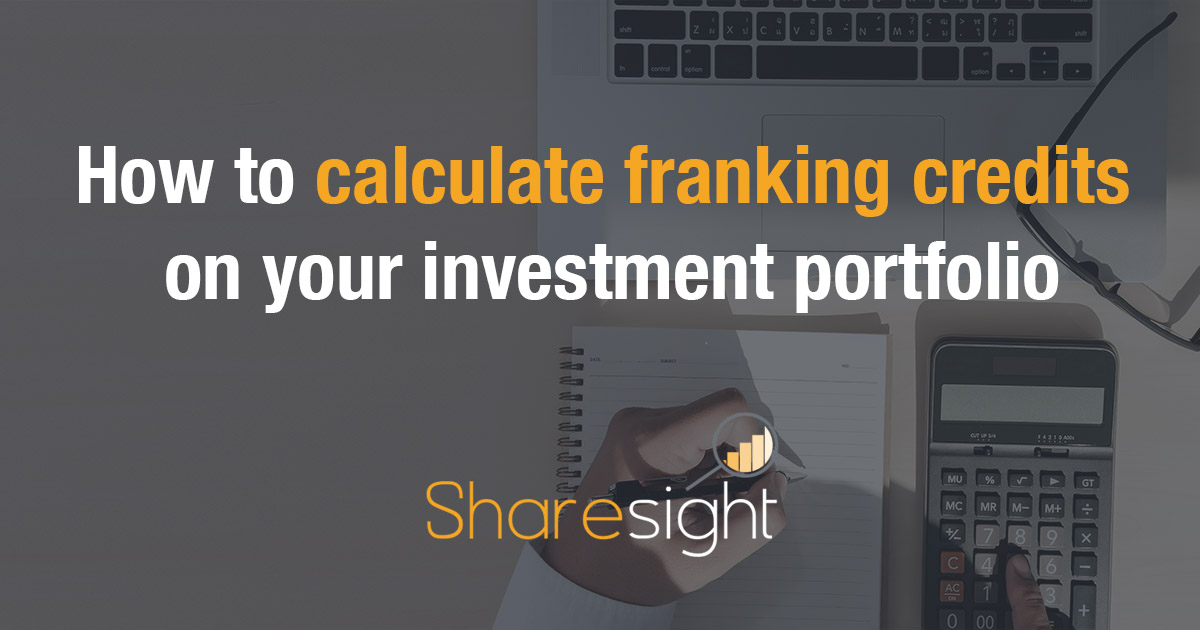 Dividend imputation introduced the concept of franking credits. Prior to the introduction of franking credits, company earnings were effectively taxed twice -- once at the company level, then dividends paid were taxed again at the individual level as income.

What are franking credits?

Companies distribute profits to shareholders through dividends. Because the company pays tax (currently 30%) before these dividends are paid, the dividend may carry a ‘franking credit’ equivalent to the tax paid by the company in Australia.

For the individual investor, this franking credit (alternatively called an ‘imputation credit’) entitles the investor to receive a credit for the tax already paid by the company on this dividend against their own income when they complete their individual tax return. In cases where the tax already paid exceeds the individual’s marginal tax rate, the ATO will refund the difference in cash (under current rules).

What are fully franked dividends?

For example, Telstra’s dividends are 100% franked. Telstra shareholders’s dividend distribution looks something like below in Sharesight: 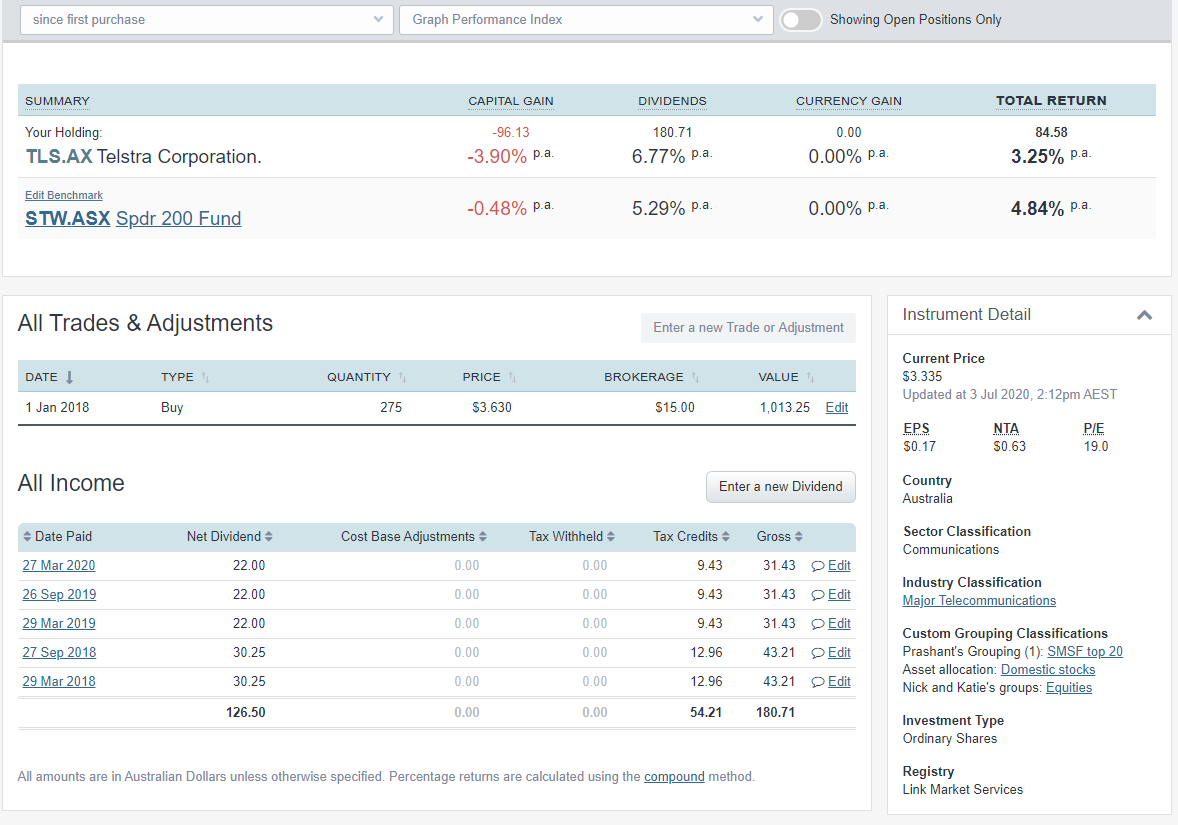 Companies that don’t pay tax in Australia, such as those with revenues earned exclusively outside Australia, will not pay franked dividends as they are not subject to company tax.

If a company has paid the full rate of company tax on their profits in Australia, shareholders will receive a tax credit on dividends at the existing company tax rate, which is currently 30%.

CSL is an example of an ASX listed company that derives most of its revenues from outside Australia. Its dividends in 2018 don’t include a franking component as these profits were earned overseas. See the Sharesight screenshot below: 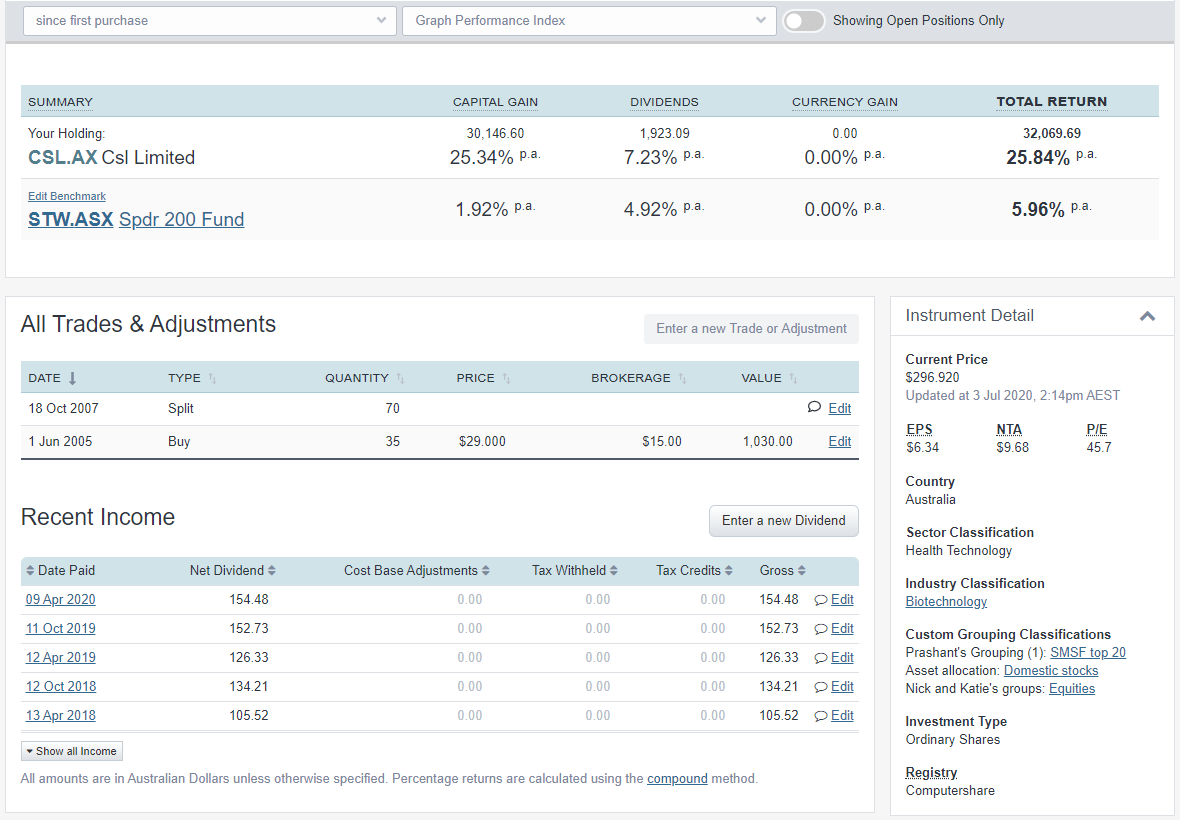 For example, have a look at how Vanguard’s Australian Shares ETF (ASX: VAS) dividend distribution looks in Sharesight: 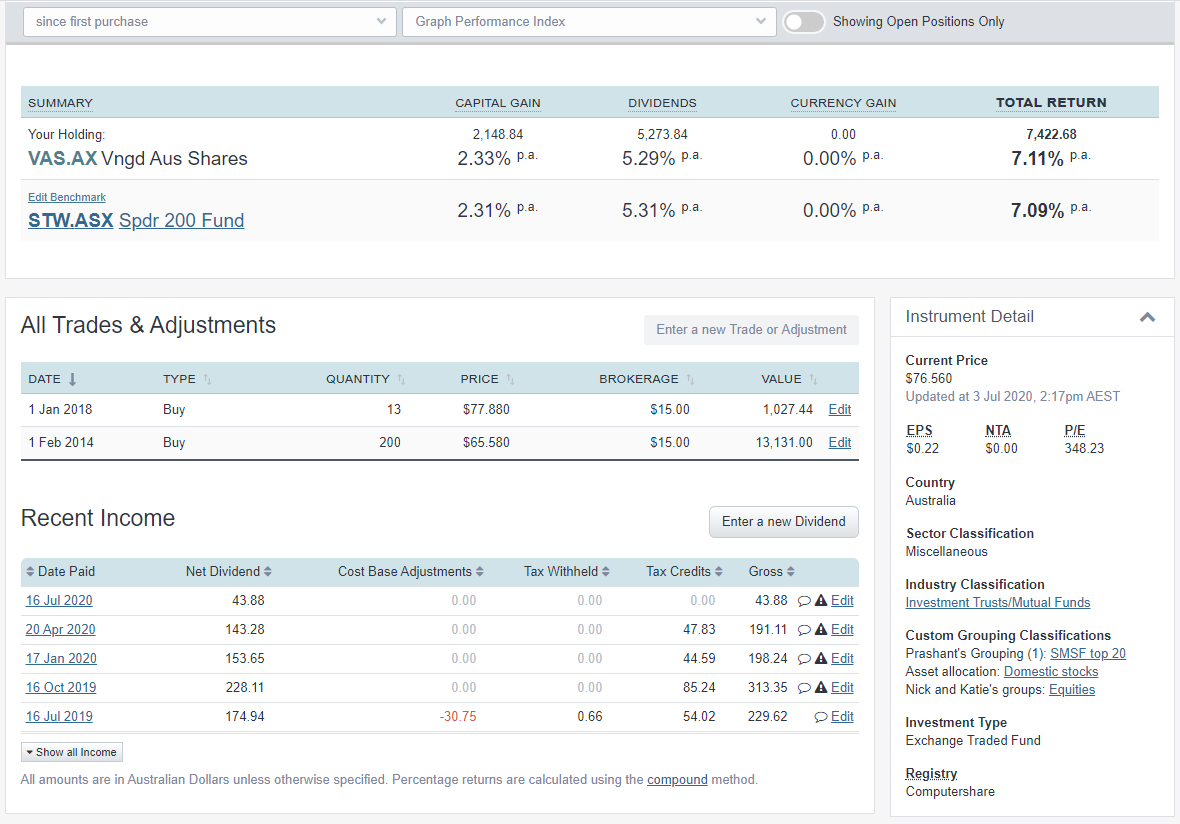 Track your franking credits with Sharesight 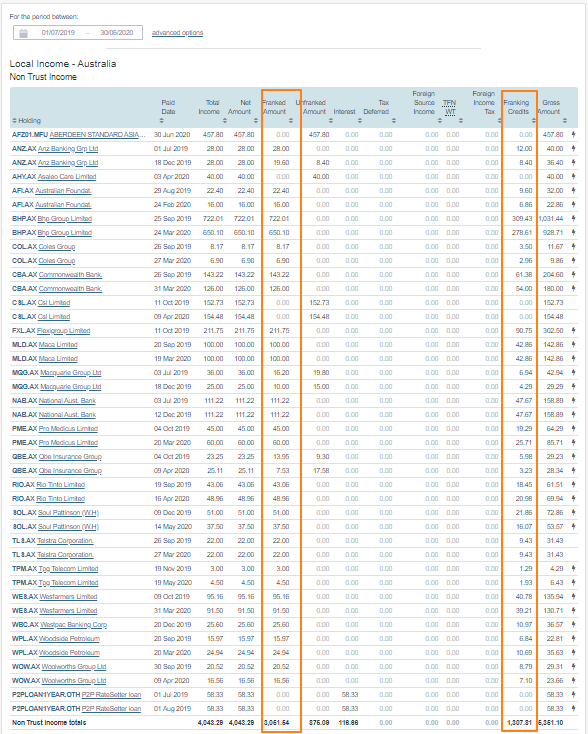 Unlock the value of your franking credits by tracking your investment portfolio with Sharesight. Built for the needs of Australian investors:

Important Disclaimer: We do not provide tax or investment advice. The buying of shares can be complex and varies per individual. You should seek tax and investment advice specific to your situation before acting on any of the information in this article.