Welcome to the March 2018 edition of the Sharesight20 monthly trading snapshot (click here for last month’s Sharesight20), where we look at the top 20 trades on both the ASX and NZX markets among the Sharesight userbase during the current month, and dig a little deeper into the news behind these movements. 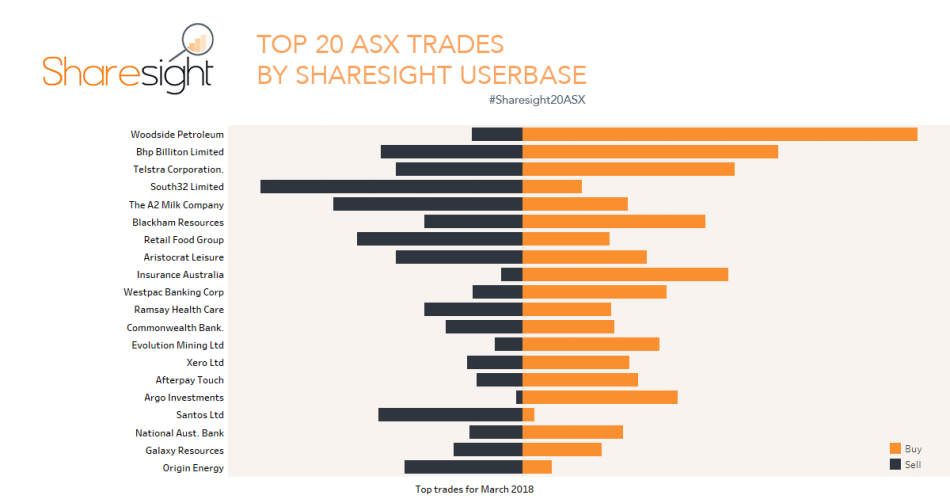 With the February reporting season over, we’re back to looking mostly at company announcements driving investor interest. A2 Milk Limited (ASX: A2M) drops to 5th in our #Sharesight20ASX this month after claiming the top spot on both our ASX and NZX charts in February. 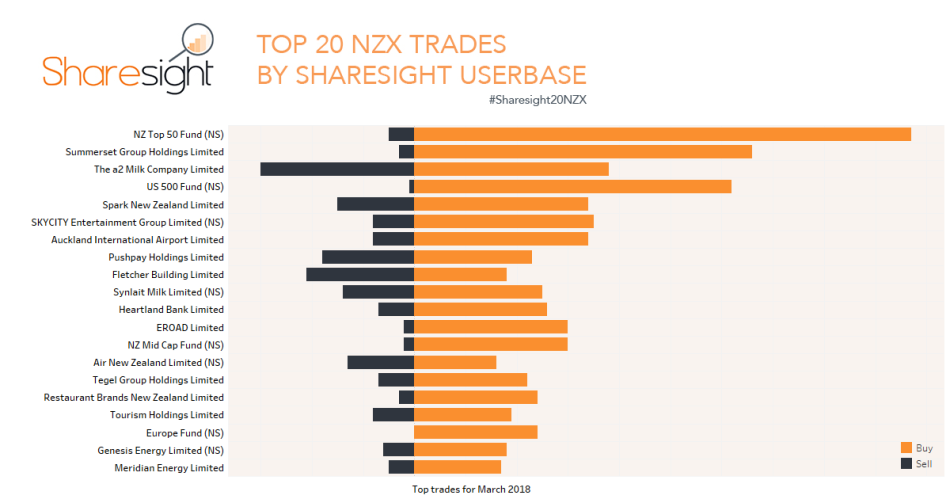 On the NZX in March, the NZ Top 50 Fund (NZX: FNZ) claims top spot, two other market-tracking ETFs from last month’s #Sharesight20NZX also made the top 20, with the US 500 Fund (NZX: USF) at #4 and the NZ Mid Cap Fund (NZX: MDZ) further down this month.