Welcome to the February 2018 edition of the Sharesight20 monthly trading snapshot (click here for last month’s Sharesight20), where we look at the top 20 trades on both the ASX and NZX markets among the Sharesight userbase during the current month and dig a little deeper into the news behind these movements. 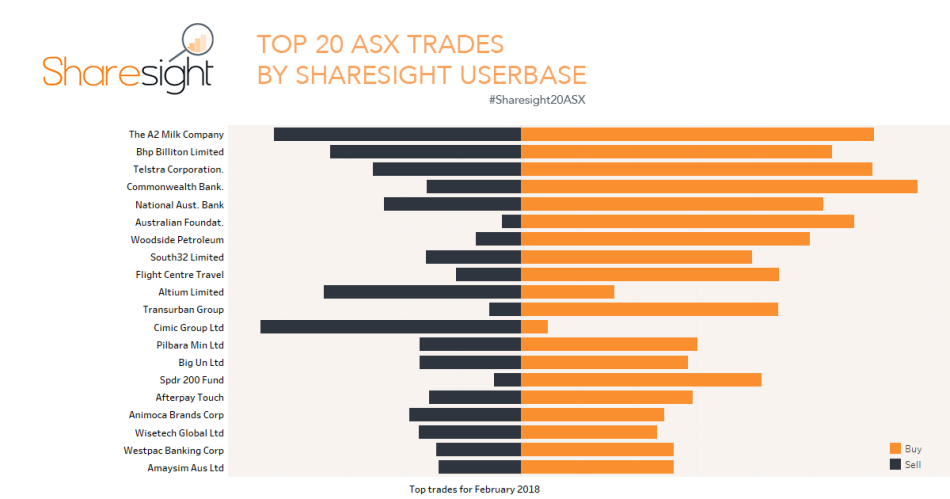 February means reporting season on the ASX, with over 200 companies announcing results during the month. Results were generally positive and made up the majority of company news during the period. A2 Milk Limited continued to be heavily traded by the Sharesight userbase, claiming the top spot on both our ASX and NZX charts in February. 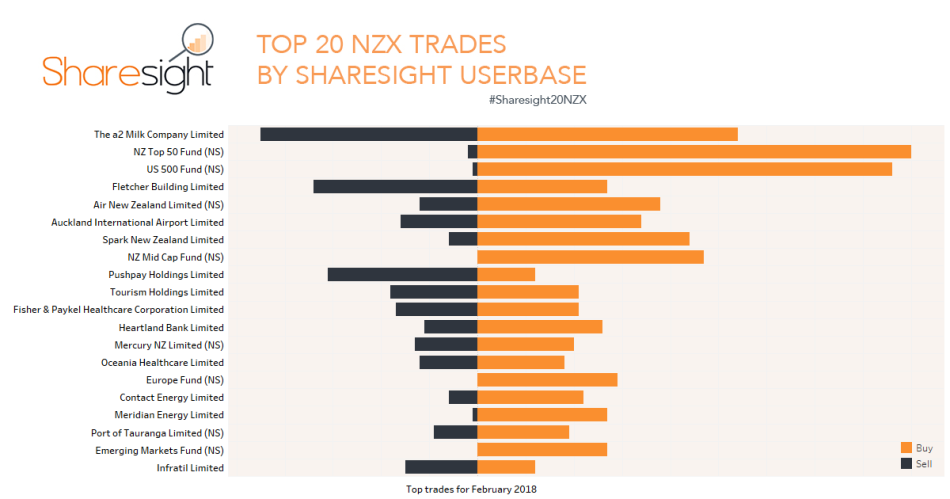 On the NZX in February, A2 Milk (NZX: A2M) continues to hold the attention of the Sharesight userbase. Investors continue to trade heavily in market-tracking ETFs on the NZX, in particular the NZ Top 50 Fund (NZX: FNZ) and US 500 Fund (NZX: USF) – both in the top 3 most traded shares in consecutive months.