We’ve since expanded on this with the Sharesight20 monthly trading snapshot (click here for last month’s Sharesight20), where we look at the top 20 trades on both the ASX and NZX markets among the Sharesight userbase during the current month and dig a little deeper into the news behind these movements. 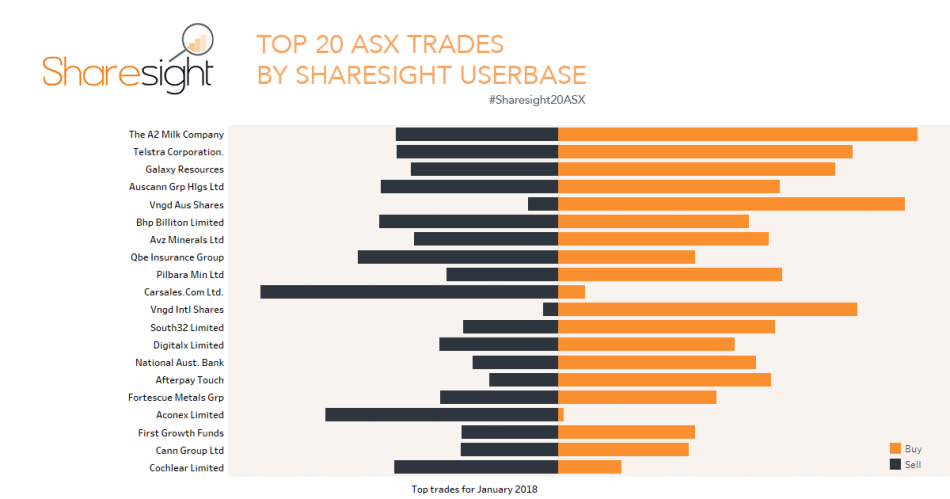 The top 20 shares traded on the ASX during January are again a mix of resource companies, ETFs, plus a few outliers. The A2 Milk Company regained its most traded share status from the November Sharesight20ASX snapshot after a quiet December trading period where it fell out of December’s Sharesight20ASX entirely.

Afterpay Touch Corp is fast becoming a darling stock on the ASX with their ‘buy now pay later’ model attractive to consumers making purchases as cost of living pressure mounts on households. 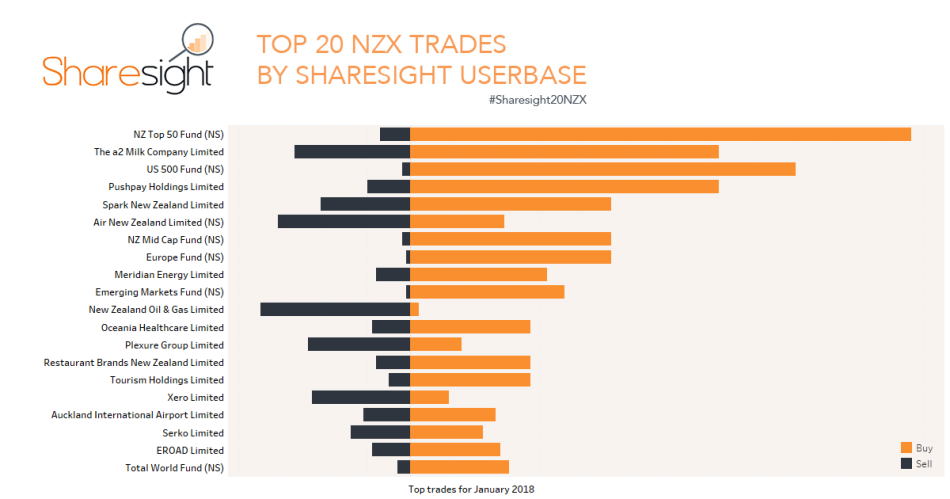 The A2 Milk Company Limited (NZX:A2M)

A2 Milk tops both the Sharesight20ASX and Sharesight20NZX trading snapshots for January which should not come as a surprise after: