Today is the third installment of the Sharesight20 monthly trading snapshot (click here for last month’s Sharesight20), where we look at the top 20 trades on both the ASX and NZX markets among the Sharesight userbase during the current month and dig a little deeper into the news behind these movements. 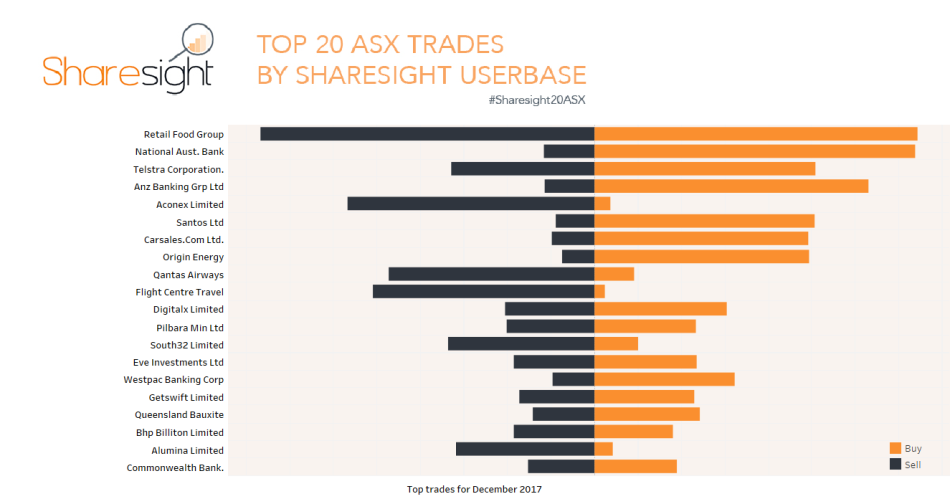 Retail Food Group topped the Sharesight20ASX trading snapshot for December following what could be described as a horror month after negative news caused the value of RFG shares to plummet and see the company languishing at the bottom of the ASX200 index before regaining some value over the last week. Let’s dive into the key events in this month’s Sharesight20ASX snapshot:

ASX resource companies were a prominent theme in this month’s Sharesight20ASX, with the following resource companies making it into the the top 20 trades on the ASX among the Sharesight userbase, as well as Pilbara Min Ltd, South32 Limited, Queensland Bauxite and Alumina Limited. 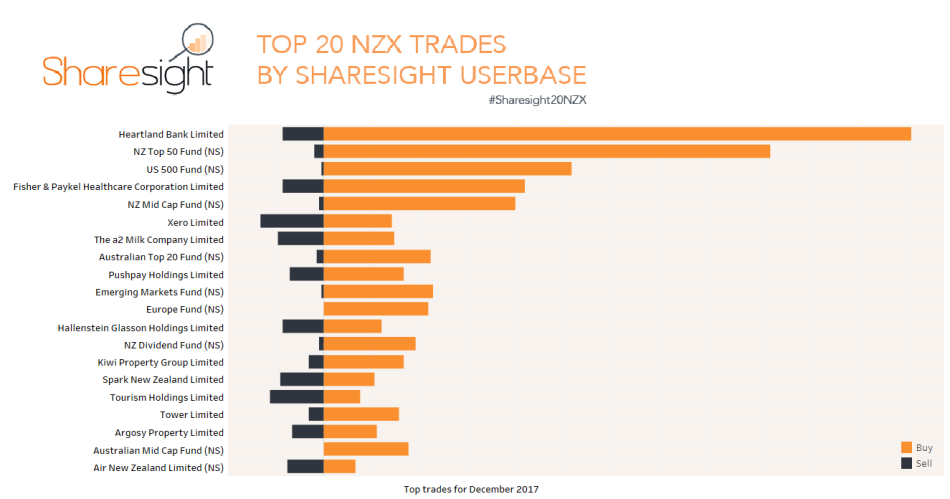 NZX stocks that were highly traded included a number of ETFs (the NZ Top 50 Fund and US Top 50 Fund amongst others) and a number that appeared in last month’s Sharesight20NZX (Pushpay Holdings and Xero Limited).