Disclaimer: The below article is for informational purposes only and does not constitute a product recommendation, or taxation or financial advice and should not be relied upon as such. Always check with your financial adviser or accountant to obtain the correct advice for your situation.

Welcome to the December 2020 edition of the Sharesight20 monthly trading snapshot, where we look at the top buy and sell trades by Sharesight users over the month. This month we have combined the snapshots for US stocks (including the Nasdaq, NYSE and AMEX), the ASX and NZX, providing a short summary of the key events for each market. For a more detailed look at the market-moving news behind Sharesight users’ most-traded stocks in 2020, see our yearly Sharesight20 posts for US stocks, the ASX and NZX. 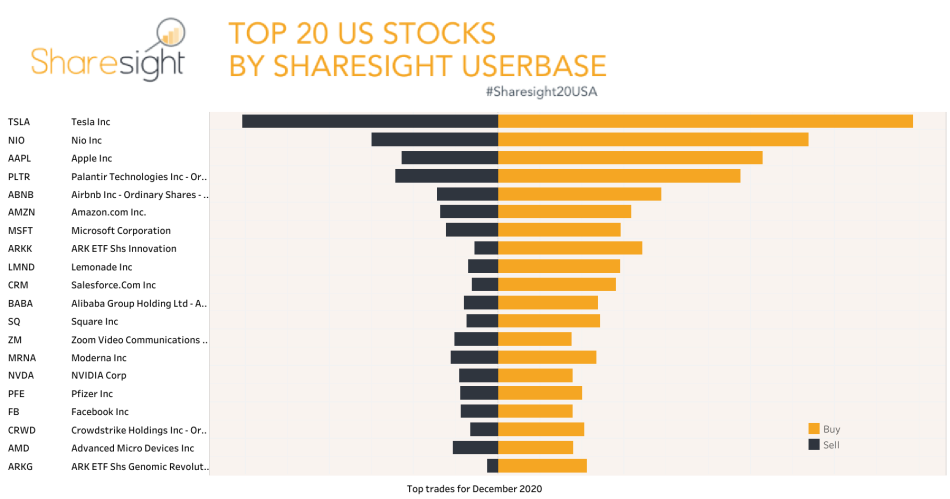 In December’s Sharesight20USA snapshot, buy and sell trades were strongly led by Tesla (NASDAQ: TSLA), which has seen skyrocketing share prices over the past month, likely linked to its addition to the S&P 500. Trades were followed by Chinese EV automaker and Tesla rival Nio (NYSE: NIO), which recently raised $3 billion from shareholders, following in Tesla’s footsteps. There was also high trading activity for Apple (NASDAQ: AAPL), which announced its plan to produce a self-driving car by 2024. 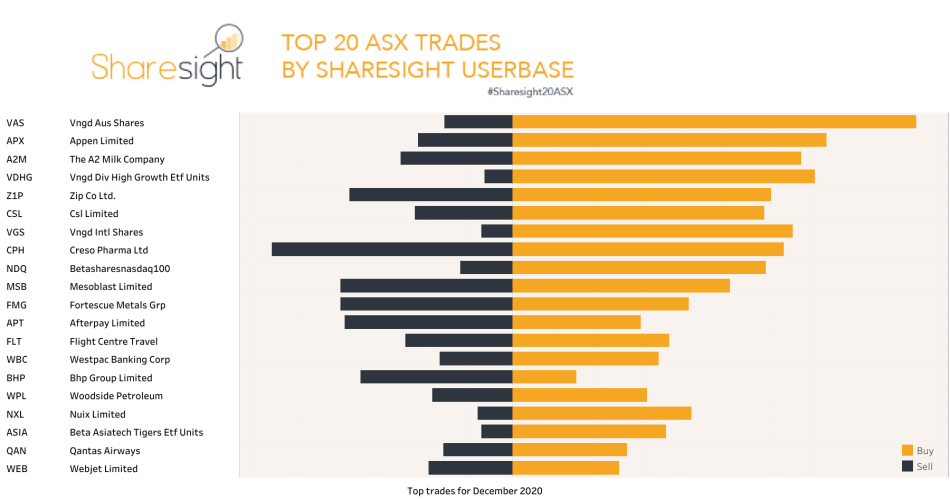 In December’s Sharesight20ASX snapshot, buy trades were led by the Vanguard Australian Shares ETF (ASX: VAS), followed by Appen (ASX: APX), which has downgraded its 2020 earnings guidance due to COVID-related challenges for its customers. Sell trades were strongly led by Creso Pharma (ASX: CPH), which has recently expanded further into the lucrative Canadian cannabis market. 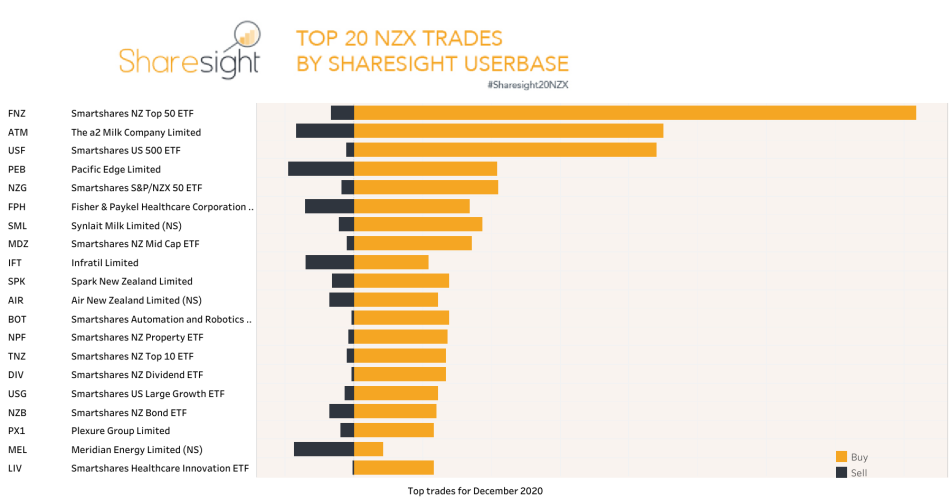 In December’s Sharesight20NZX snapshot, buy trades were strongly led by the Smartshares NZ Top 50 ETF (NZX: FNZ), as investors capitalised on the record-breaking highs of the NZX 50. Buy trades were followed by the Smartshares US 500 ETF (NZX: USF) and a2 Milk (NZX: ATM), which has seen its share price plunge by more than 20% after making its third revenue downgrade of the year. At the same time, sell trades were narrowly led by Pacific Edge (NZX: PEB), which has experienced 780% growth in its share price YoY.

Track your investment portfolio with Sharesight