Martin Dowse is a long-time investor, Sharesight user, and former Chair of the Wellington branch of the New Zealand Shareholders' Association (NZSA). He’s also the creator of the NZSA Share Game, an online share trading game where members can imitate real-life trading using a virtual portfolio. Martin created the game in 2019 with the view to mirror the experience of investing with an online discount broker – and he did that with ease, thanks to the Sharesight API. 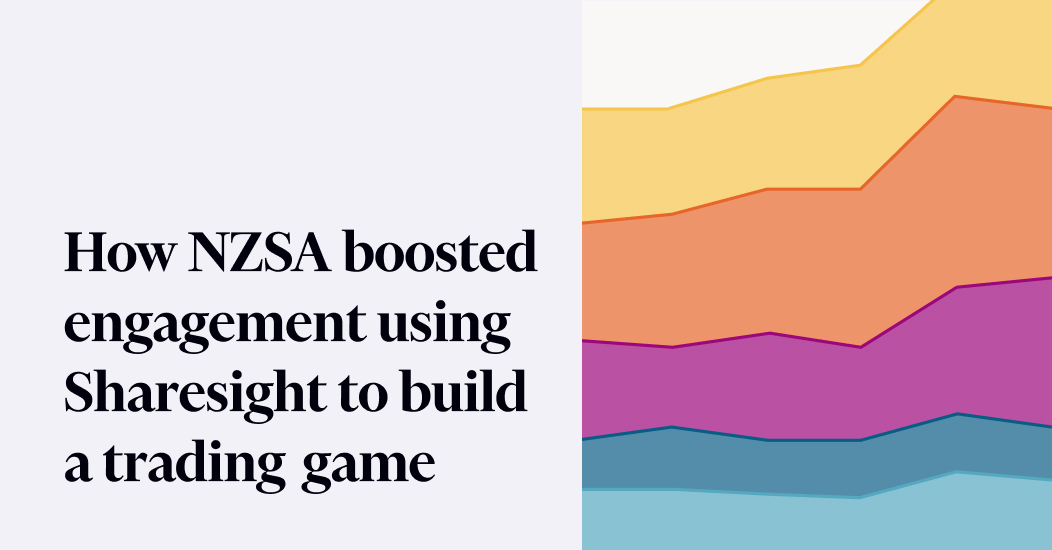 The NZSA is a non-profit membership organisation designed to advocate, represent, and inform retail shareholders. It has almost 1,500 members across all walks of life, from seasoned investors to people who haven’t yet invested but want to learn more. It was this latter demographic the Wellington branch had in mind when developing the NZSA Share Game.

“We thought a share game would be a great way to help people learn about trading and we wanted players to track performance easily online. I leaned on my IT developer background to start building the game, only to find it was quite a lot of work."

Martin began looking for an out-of-the-box solution but struggled to find one with the flexibility and customisation he was looking for. As an existing Sharesight customer, he knew the software could do all the heavy lifting around tracking share price movements, portfolio value, dividends, and exchange rates. He discovered the Sharesight API after a quick search online and found documentation that confirmed it could be a good fit.

"I didn’t want to re-invent the wheel. Sharesight basically did most of what I needed the back end to do, so I thought I might be able to build the front end and get Sharesight to do the rest."

"This is one of the key benefits of Sharesight’s API technology. You can get creative and build your own customisable product by harnessing our features – all without the time and financial commitment that would otherwise be required to build these features from the ground up."

After seeing the documentation, Martin reached out to Sharesight, to talk through how the process could work. The result was a design where each user would get access to a read-only version of a Sharesight portfolio for tracking their virtual investment. The user would trade via the share game which would then automatically update their virtual portfolio via the API. The API was also used to update the daily portfolio values of each user on the leaderboard, so each player could be ranked according to the value of their portfolio. 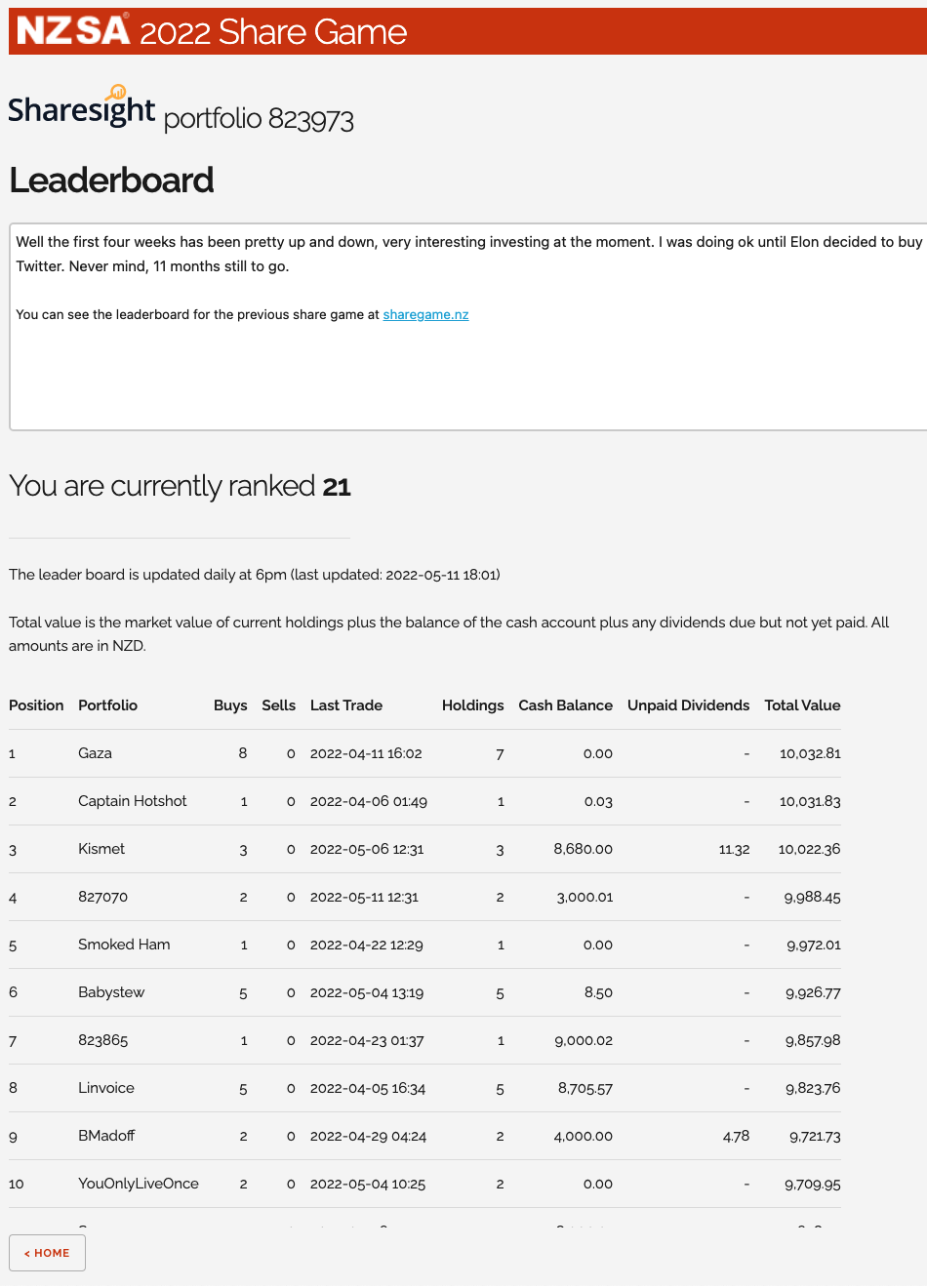 "I thought great – that’s the design done and now all I need to do is build it. The API was well-documented, and all the online dots were there. And while I hadn’t actively worked in IT for several years, it was a very straightforward process."

NZSA has run several share game rounds since it launched, and has expanded the game’s functionality over the years.

“We’ve since added international exchanges, so there are now around 18,000 shares available to trade. Participants can also buy in dollar amounts, rather than by the number of shares, and it caters for a brokerage percentage.”

Martin used both the API and updated logic to help scale the game and reflect real-life changes in the market. 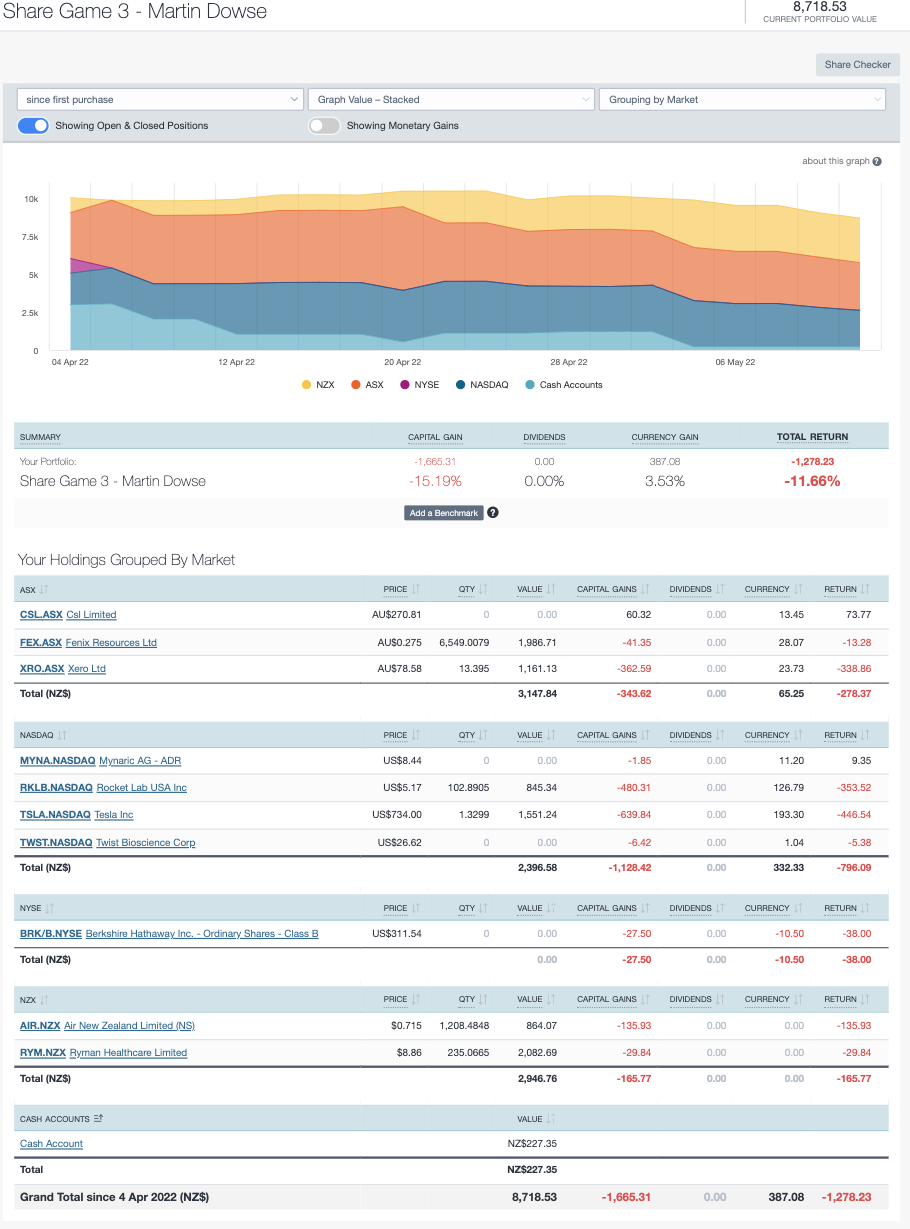 The competition has helped generate engagement for members incentivised by some friendly competition and prize potential.

"So far, we’ve seen several people come into the share game, play around with their virtual portfolio, then get inspired to do some real-life investing," said Martin.

"We’ve even had one particular member attempt to ‘game the game’, which was actually very useful in plugging those loopholes and helping improve the game."

"We used the standard Sharesight functionality, but with the API, you could easily add so much more. This includes authentication, alerting, customer integrations, and a wealth of data from around the world – all accessible via the API. And you don’t need a highly skilled developer to make good use of it – it’s simple to use."

For the Wellington branch of NZSA, the share game has become part of their membership offer.

"It’s at the stage now where I don’t need to do anything with it," said Martin.

“So, as long as people keep showing interest, we’ll keep offering it to our members.”

Interested in how you can leverage the Sharesight API in your business? See how we make integration simple so you can add value for your customers. 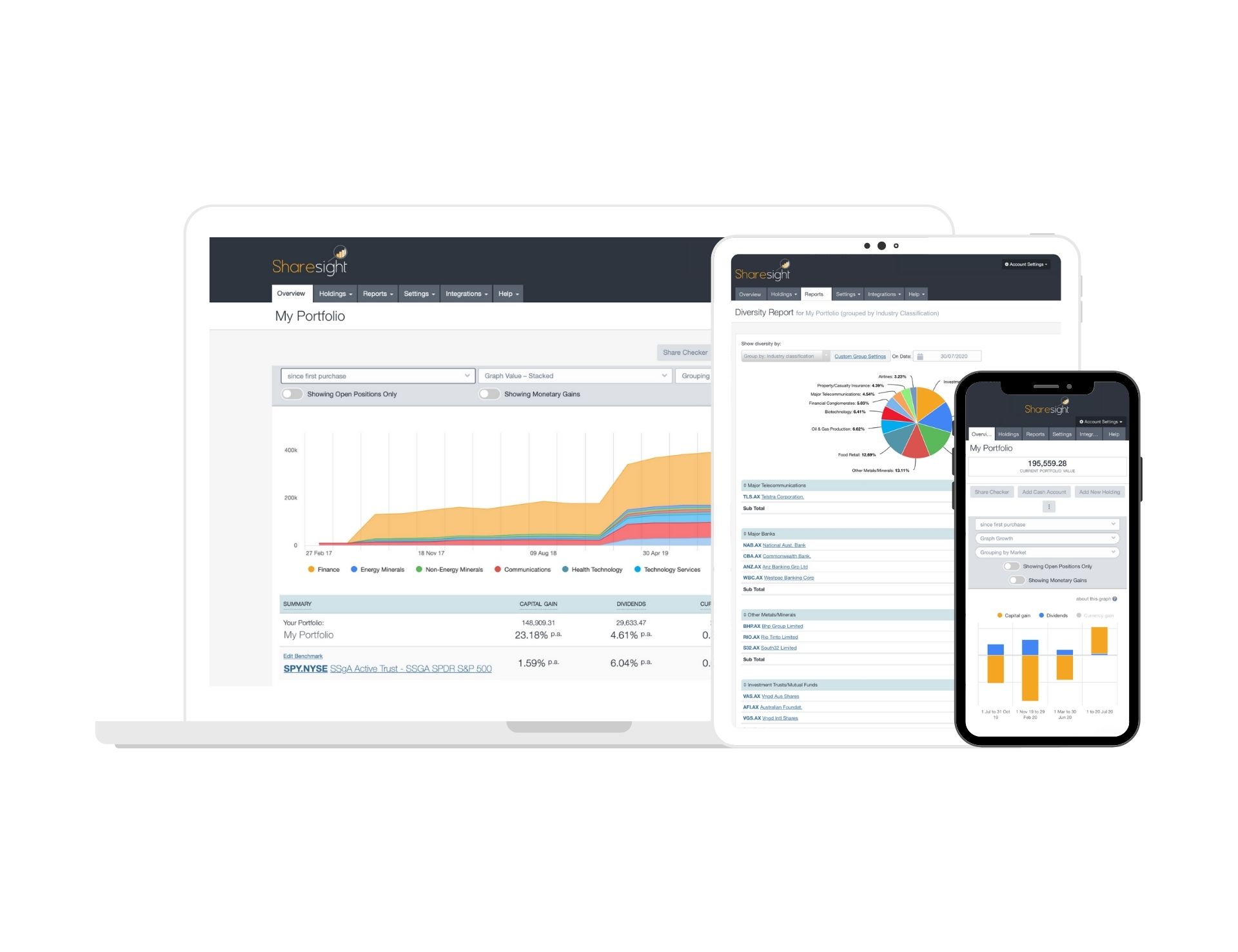