Welcome to the January 2019 edition of the Sharesight20 monthly trading snapshot (click here for November 2018’s Sharesight20), where we look at the top 20 trades on both the ASX and NZX markets among the Sharesight userbase during the month, and dig a little deeper into the news behind these movements. 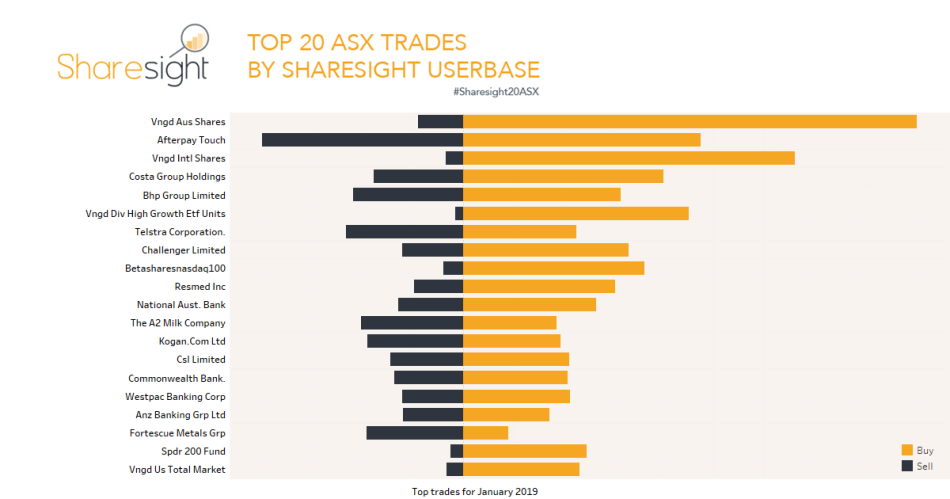 Afterpay Touch (ASX: APT) put in a strong month yet again to claim second place in January, with Vanguard’s Australian (ASX: VAS) and International Shares (ASX: VGS) ETFs in first and third position. Some of the highlights in the top 20 include: 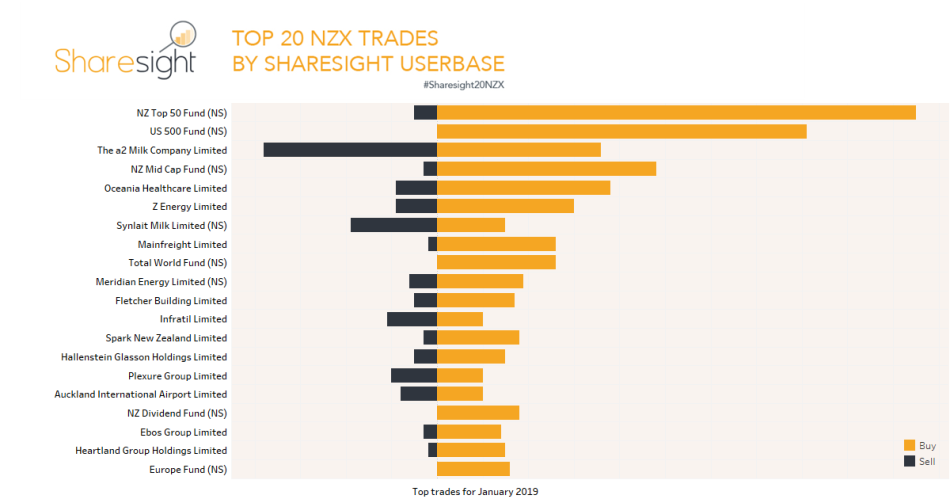 Some of the January highlights in the NZX top 20 for January include:

With over $6.1B USD worth of investments actively tracked by investors with Sharesight, it’s time you sign up for an account and start tracking the true performance of your investments today!