We’ve spent a lot of money on dry cleaning over the past few weeks.

In late May and early June, we spoke at a Vivid Sydney event, presented at the Collaboration in Fintech conference, and attended The Sunrise, an event organised by Blackbird Ventures and Startmate.

If you live in Sydney (or anywhere really) you ought to attend Vivid, which is a two week festival of art, ideas, music, and of course the famous light installations. We were invited to speak at a fintech event called Ideaction – a big thank you to the organiser Michelle Williams and the Tyro Fintech Hub for hosting.

The idea behind the event was to bring together key players in the burgeoning Australian Fintech space: the incubators, the banks, and the startups themselves. There were lots of good discussions and some honest (and sometimes) difficult questions for the presenters. I particularly enjoyed the back and forth over the role of banks and incubators in the financial start-up space. 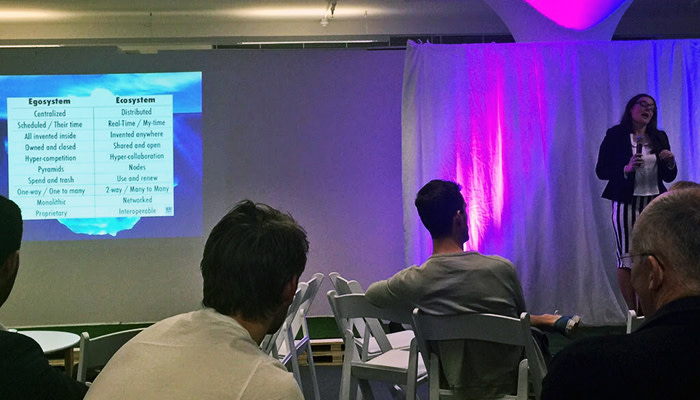 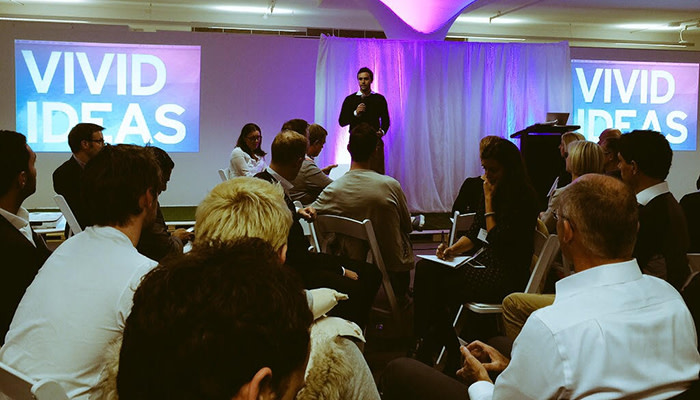 The local firms that are actually putting out world-class software and apps are rare. Most of the time we’re busy getting on with the job at hand. It seems to me that if you have to stop and explain the medium (fintech), then you’re probably doing it wrong.

We were asked to leave the audience with a provocative question. Mine: Can Australia overcome the tall poppy syndrome so that we can foster a truly word-class technology company in the same sphere as say, Facebook? 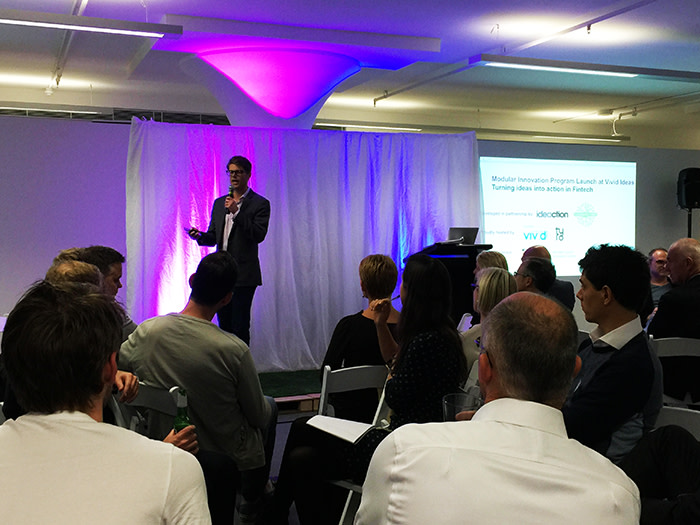 A very punchy event with heavy hitters from banking and government. Kudos to the Criterion people for putting on a top-notch day. The sessions were useful and the networking was high calibre.

I actually gave a live demo (always risky on stage with hotel wi-fi!) and while I felt that my preso was strong, hats off to the winner, Jason from Stocklight. 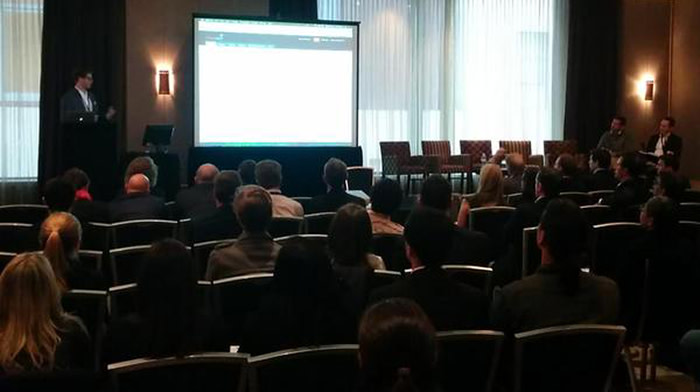 As far as I’m concerned The Sunrise is the best tech conference in Australia. The guys from Startmate and Blackbird Ventures bring in some big time people, both from local companies and from overseas - and aspiring students building cutting edge tech.

Just go to the link above to watch the videos, I really can’t do the event more justice than that.

Steve Baxter from Pipe Networks was awesome, but my favourite session was a live, collaborative piano jam by none other than Simon Tedeschi. 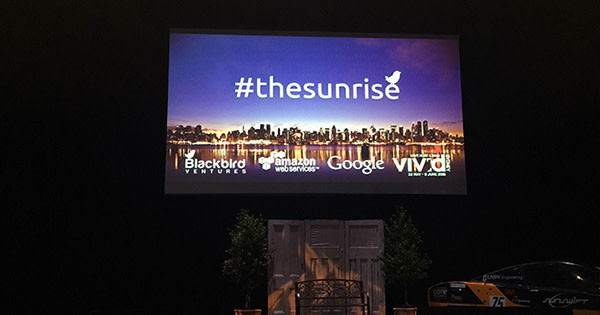