How to interpret the P/E ratio

Recently we were asked about the Price to Earnings ratio (P/E ratio) figures we display on Sharesight for Australian companies. While Sharesight is not typically used as a research site for predicting future performance, we do display the P/E ratio figures we receive as part of our ASX feed.

The P/E ratio is a widely used measure of stock valuation and is generally based on the most recent price divided by the EPS (earnings per share) of a company. This simple ratio can hide a number of subtleties, however, which are important to understand if you are going to make use of this ratio. 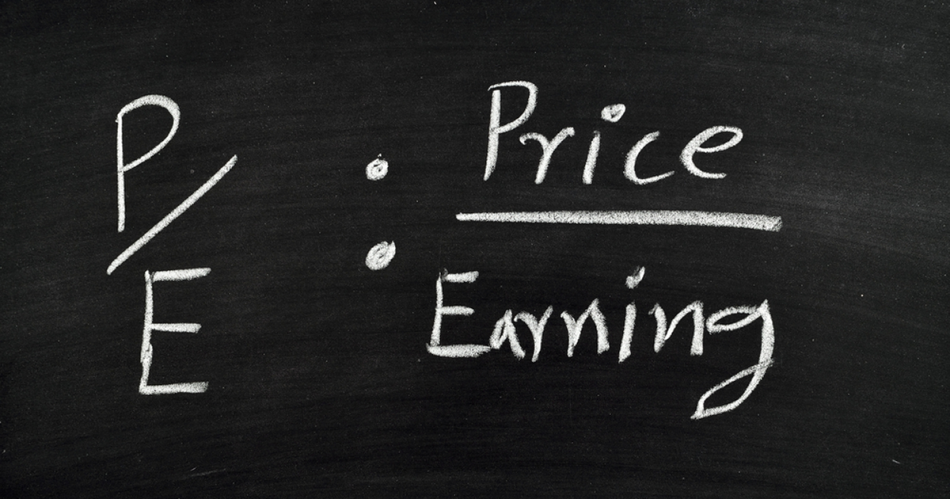 By way of background, before I got involved with Sharesight I was the co-founder of Aspect Huntley which was acquired by Morningstar in 2006. I was the CEO of Morningstar Australia/NZ until 2010.

At Aspect and Morningstar we calculated all manner of statistics on listed companies, including of course P/E ratios. Most of the ratios you will see on online brokers in Australia are calculated and supplied by Morningstar.

What I can say is that P/E is a useful ratio but it is very important to understand what flavour of P/E you are looking at. Different versions cannot be compared to each other! The main types are:

This is what the ASX produces and what Sharesight uses. It is the most basic version and takes the reported EPS of the last two 6-month reporting periods and is divided into the current price. It is OK but the limitation is that it is backward looking and doesn’t adjust for one-off “abnormal earnings” which might skew the results up or down for one particular year.

This what most research analysts will show in their reports. This takes the forecast current year earnings (as predicted by the analyst) and is divided into the current price. This has the benefit of being forward looking, which is more important to the stock price. It will also usually adjust for abnormals. It has the downside that it is based on a prediction which can be (and frequently is) wrong. It’s not easy to predict the future!

This is a variation of the two which Morningstar still uses and which I quite like (I was a co-developer of it). It takes the average of consensus forecasts and the last actual and weighs it by the time elapsed from the last actual to the next year end. It also adjusts for abnormals. It tends to produce more balanced P/Es which are easier to compare with each other and less subject to short term swings.

In short – understand what you’re looking at when interpreting data.

Lastly Sharesight is not intended as an analysis site for predicting future stock price movements. I would tend to favour research sites for this activity. I am biased, of course, but I think that Morningstar is the best in this regard.