We also debuted the Sharesight20 monthly trading snapshot where we look at the top 20 trades on both the ASX and NZX markets among the Sharesight userbase during the current month and dig a little deeper into the news behind these movements.

Today we launch the first in our Sharesight20 yearly trading snapshots where we look at the top 20 trades on the ASX over the last 12 months, in this case to coincide with the 2017/2018 financial year. 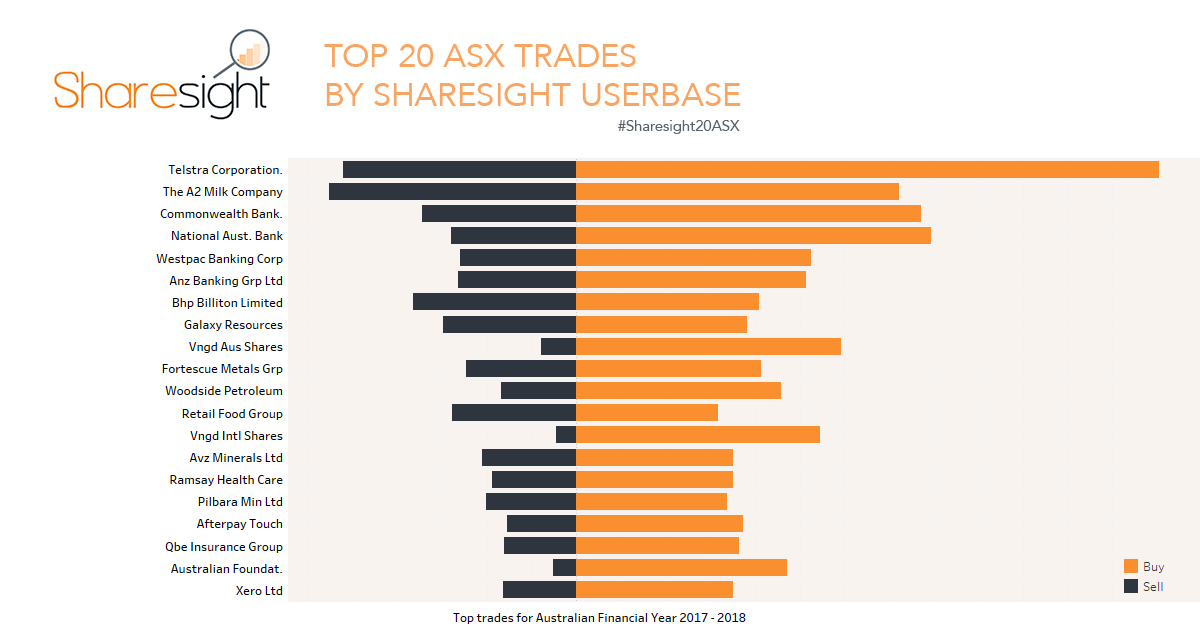 While often claiming top spot in in our weekly Sharesight20ASX snapshots, a2 Milk Limited (ASX: A2M) was beaten by Telstra (ASX: TLS) as the most traded share on the ASX in the 2017/18 financial year. Xero Ltd (ASX: XRO) punched above its weight in our yearly snapshot, after sole listing on the ASX in February. Let’s dive into the FY2017/18 news behind the top 20:

The big 4 banks feature prominently in the yearly snapshot, with the Banking Royal Commission driving significant trading activity. Starting with the most traded in CBA:

After solely listing on the ASX in February, Xero continues to be among the most heavily bought share on the ASX by the Sharesight userbase.