What is a franked dividend?

If you invest in Australian shares, you have probably heard of the term “franking credits” or “imputation credits”. Perhaps you have even received franked dividends, without fully understanding what they are or how they are calculated. This blog will explain how franked dividends work, the tax implications they have for investors, and how Sharesight can help investors track dividends in their portfolio. 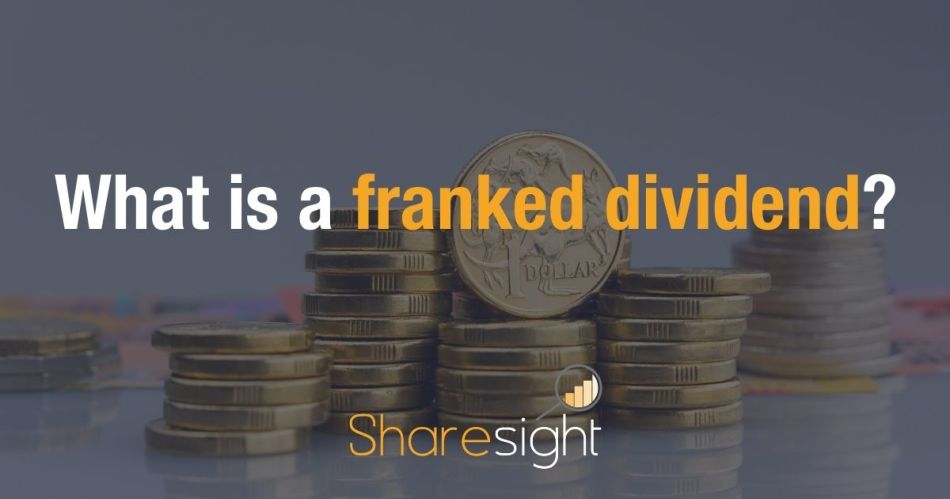 What is a franked dividend?

Like individuals, companies pay tax on their earnings, with a flat rate of 30% tax for large companies. As a shareholder, you own a very small part of that company and as such, are often entitled to a share of their profits, in the form of a dividend. If the dividend you receive, however, is taken from the company’s profits after tax, you won’t have to pay tax on it again, avoiding the company’s profit being taxed twice. A dividend that comes from already taxed earnings is known as a “fully franked” dividend.

Franked dividends have what is known as a “franking credit” attached, representing the amount of tax the company paying the dividend has already paid. Franking credits are also often referred to as “imputation credits”. While a large company’s tax rate is 30%, the shareholder’s personal tax rate may be more or less, which is also taken into account. If your maximum tax rate is less than 30%, the Australian Tax Office will refund you the difference in tax paid on your dividends.

How do franked dividends work?

It is in this way that franked dividends can not only provide you income but also provide you with a tax rebate.

Franking is given to the shareholder as a percentage. If a dividend is partly franked 50%, then the 30% large company tax rate has been paid on half of the dividend, but not on the other half.

Partially franked or unfranked dividends are usually the result of the shareholder’s company not making a profit during the financial year, or carrying forward previous losses, consequently lowering their tax rate. When either of these occurs, the company will be subject to less or no tax payments and as a result, dividends they pay will be partially or non-franked.

How do you calculate franked dividends?

There are a lot of moving parts when it comes to calculating franked dividends, including your personal tax rate and that of the company in which you own shares. Sharesight automatically tracks the franking credits you receive with your dividends and allows you to run a Taxable Income Report, which will calculate the impact of franking credits on your investment performance.

If a shareholder received a fully franked dividend of $70 from a large company with a corporate tax rate of 30%, this is how their franking credit would be calculated:

This may seem confusing, but tools like Sharesight are built to help Australian investors track their investment portfolios and simplify things like the ins and outs of franked dividends. Sharesight also gives you a clear picture of your investment performance, including factors such as the impact of brokerage fees, franked dividends, and capital gains on your returns.

All dividends you are paid as a shareholder are part of your taxable income. However, since the introduction of imputation credits in 1987, you can receive a franking tax offset for the tax the company has already paid on its income, which may completely or partially cover the tax payable on the dividends.

Franked dividends can become beneficial at tax time, as if your income tax rate is lower than that of large companies, you may be due a rebate on the tax which was already paid on your franked dividend.

What are the benefits of franked dividends?

There are a few benefits of franked dividends. For the shareholder, they can mean that in some cases, your dividends are already taxed and no further taxes need to be paid on your share of the company profits. Franked dividends can also result in tax rebates if they were taxed at a higher rate than your personal income tax rate. Looking more broadly at franked dividends, since their inception in 1987, they have allowed Australian companies to better manage their capital, which in turn makes these companies more sound investments.

With Sharesight, dividends are automatically tracked in your portfolio, inclusive of franking credits and dividend reinvestment plans (DRPs). This eliminates tedious portfolio admin, helping investors save time and money at tax time. Sharesight also includes the impact of dividends and distributions in your returns calculations, along with capital gains, brokerage fees and foreign exchange rates – giving you the full picture of your portfolio’s returns. 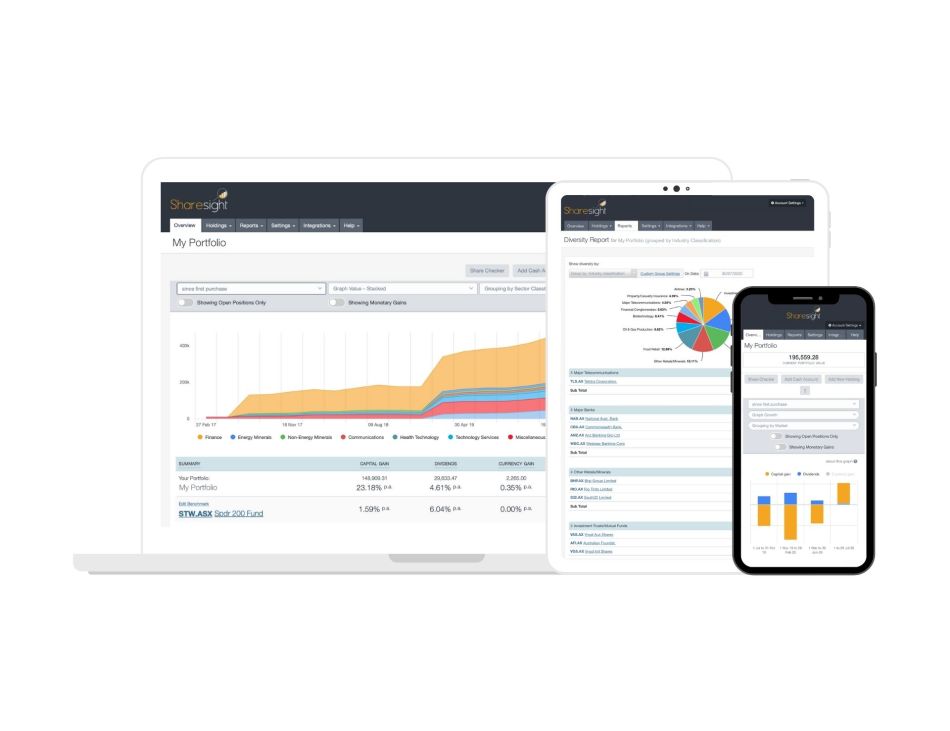 Track the impact of dividends on your investment performance

Sign up for a free Sharesight account and start tracking the impact of dividends on your investment portfolio today!

Disclaimer: The above article is for informational purposes only and does not constitute a product recommendation, or taxation or financial advice and should not be relied upon as such. Please check with your adviser or accountant to obtain the correct advice for your situation.